If you own a GoPro, you may be wondering how to charge it. There are a few different ways to do this, and the best method may vary depending on your situation.

In this article, Staaker.com will show you how to charge GoPro battery so you can keep capturing memories.

How Do You Charge Your GoPros? 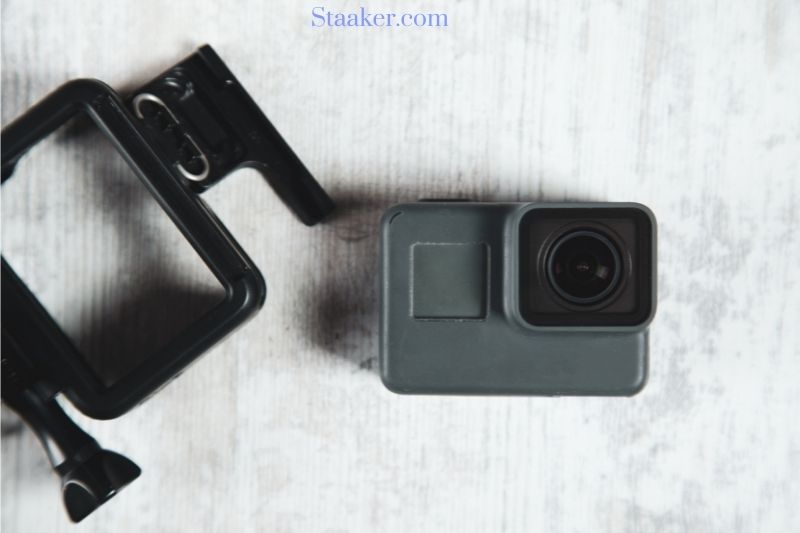 More information on various charging alternatives for your GoPro may be found below. 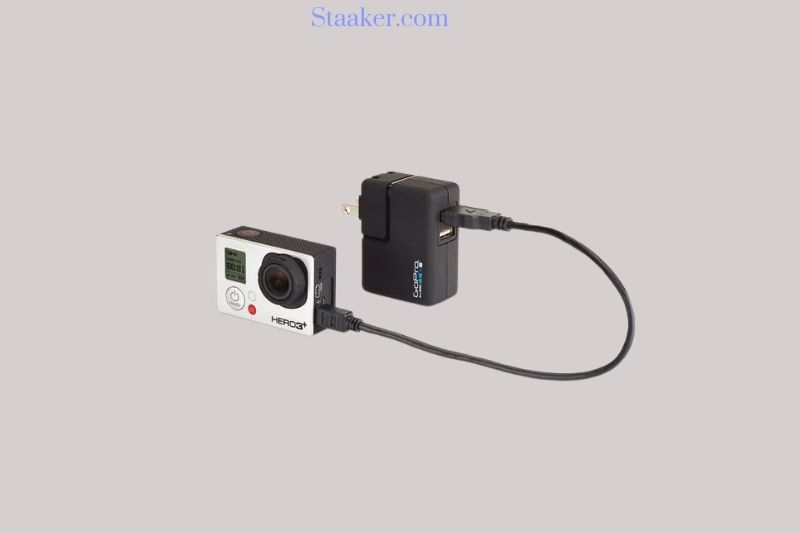 But first, there’s the issue of a power supply. The USB standard is used to charge all GoPros. In practice, this implies that there are many options when it comes to choosing a power source.

A standard USB wall charger will suffice. If you don’t have the one that came with your camera (or if it didn’t come with one), the one that you use for your phone or tablet will probably suffice. If you need a new one, they come in various forms and sizes, but most of them will work.

You can connect it to your computer via a USB port. Using one of the ports on the primary computer rather than a peripheral USB hub is generally more reliable; GoPro charging port doesn’t consistently deliver the same throughput charge. Using it with a laptop, be sure an AC outlet powers it. Many laptops reduce the USB output charge when running on battery power as a power-saving strategy.

Powerbanks can be used. The majority of external USB power banks (also known as power bricks) can deliver at least 5V and 1A. Some of the latest ones can generate 2A, which allows the HERO5 models to be charged faster. If you’re looking for power bank ideas, I’ve compiled a list of some of my favorites below.

A multi-port USB AC hub can be used. This Anker one is the one I presently use when traveling because it has a Type-C USB output and a standard USB output, which makes it helpful in charging newer GoPros that use USB-C and powering and charging Macbooks.

An old-fashioned car charger can also be utilized (they also used to be known as a cigarette lighter adapter).

You can also use a solar charger for real off-the-grid charging, albeit it will take longer (though not necessarily if in direct sunlight).

Which GoPro Charging Cable Should I Use? 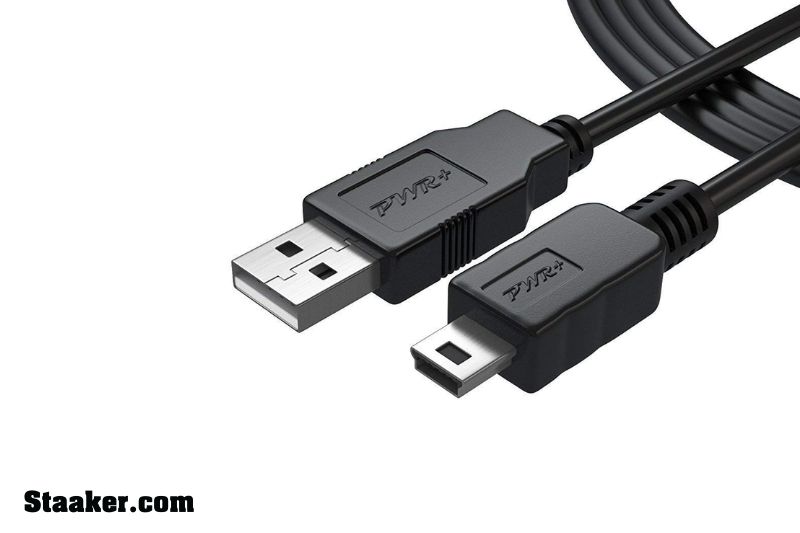 Various GoPros have used several different cords over the years. Here’s a short breakdown of which GoPro models use which USB connector. 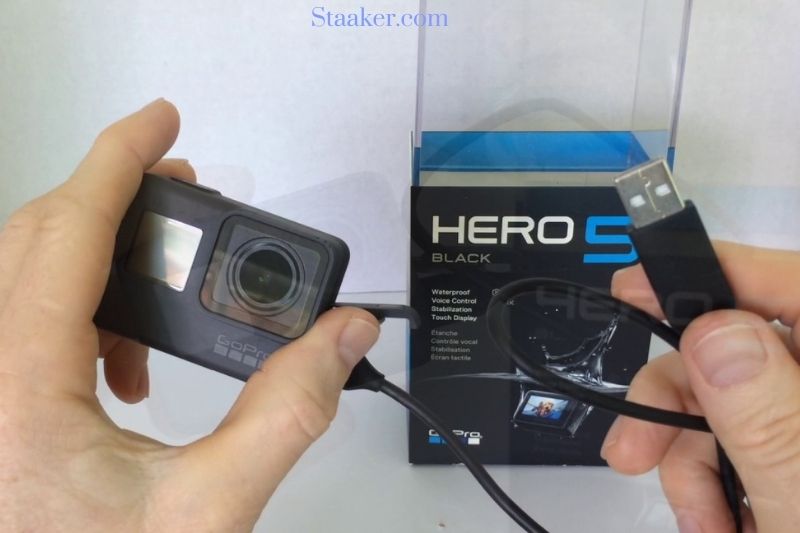 It would be ideal if all wires were created equal, but this is not the case. The 3A cable with the camera is perfect, especially if you’re using one of the newer models with USB-C. However, if you’ve misplaced it or don’t have access to it, you have other options. I use other aftermarket ones regularly and don’t have too many problems, although I occasionally do.

As a result, it’s essential to be aware that aftermarket cables can be of poor quality. So, regardless of which model you have, if you use an aftermarket cable, it’s good to test it before going on a vacation to make sure it works properly. Better still, bring a spare.

If you don’t know use the GoPro completely, see this guide: How To Use A GoPro For Beginners

How Long Does A GoPro Take To Charge?

The length of time it takes to charge GoPro Hero entirely is determined by whether it is completely drained, the battery’s overall health (i.e., how old it is), and the charging method you employ. The charging is usually fastest at the start and then slows down for the last 20%.

It can take up to 4 hours to fully charge your GoPro’s battery if you’re utilizing a low-current power source like a computer’s USB port. 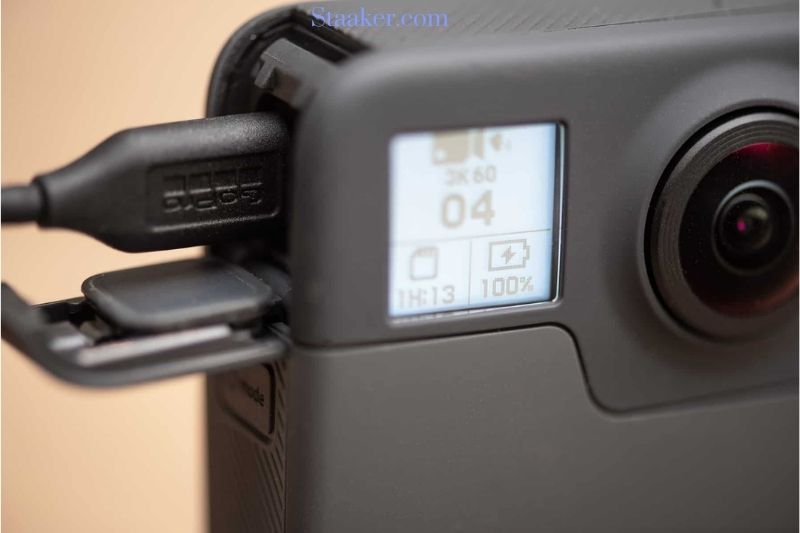 It shouldn’t take more than 2 hours if you’re using a regular AC wall charger. After one hour, it should be around 80%.

The USB-C SuperCharger is even faster, but the improvement you see in practice depends on the camera or accessory type; GoPro claims it can be anywhere from 20% to 70% faster.

If you have a GoPro HERO5 Black, the fastest way to charge it is to utilize GoPro’s USB-C Dual-Port Battery Charger in conjunction with a high-current USB-C port like the ones on the GoPro SuperCharger.

If you are own a GoPro and wonder can you use it for how many hours, read this guide: How Long Does A GoPro Battery Last

How to Charge Removable Batteries in GoPros 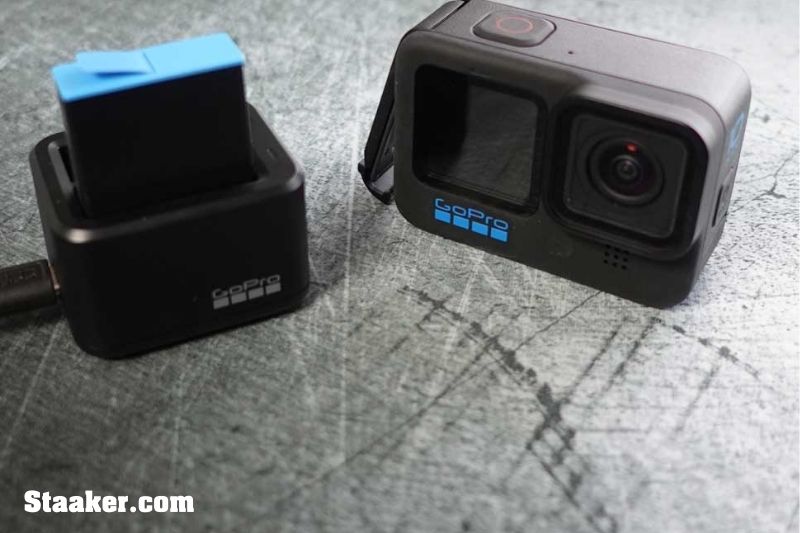 HERO10 Black, HERO9 Black, HERO8 Black, MAX, HERO7 Black, HERO6 Black, HERO (2018), Fusion, HERO5 Black, HERO4 Black, HERO4 Silver, HERO3+ Black, and HERO3 Black are among the models included. The ability to remove the battery is something that all of these cameras have in common. This gives you more options.

Option 1: Charge the Camera’s Battery: You can charge the camera’s battery. 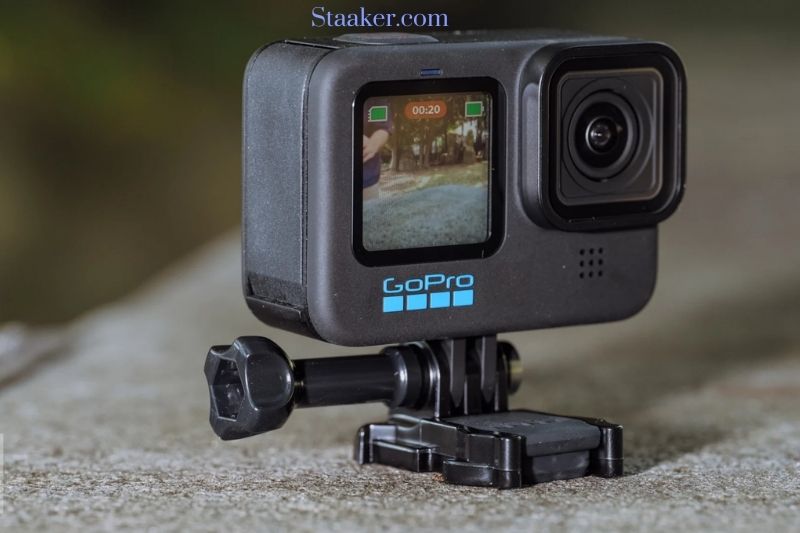 Using a HERO5 model, a high-current USB-C port, like those found on GoPro’s SuperCharger, is the fastest way to charge the camera in-camera.

Option 2: Use a Battery Charger to Recharge the Battery: Having the ability to remove the battery has several advantages. 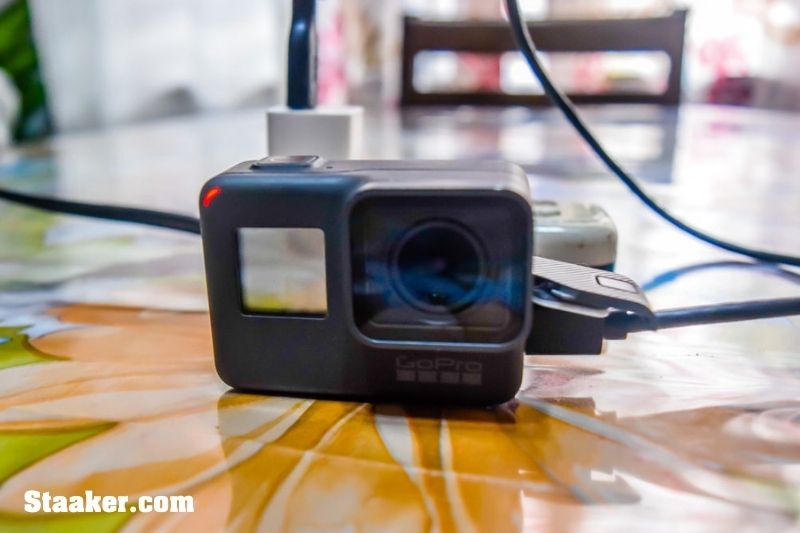 For one thing, you may replace a dead battery with a newly charged spare and continue filming.

A multi-slot battery charger, for example, may charge numerous batteries at once. It’s worth mentioning that each model of GoPro utilizes different batteries, so make sure you obtain the proper charger for your GoPro charger type.

If you have a GoPro HERO10, HERO9, HERO8, HERO7, HERO6, or HERO6 Black, you can also use GoPro’s USB-C Dual-Port Battery Charger with a high-current USB-C port like the ones on the GoPro SuperCharger to charge it faster. However, don’t forget to purchase both the cradle and the SuperCharger, as they are available separately.

The larger batteries in the HERO10 and HERO9 require a new cradle. The HERO8 battery will also operate with the HERO7, HERO6, and HERO5 Black batteries.

How to Charge Non-Removable Batteries in GoPros

The battery in any Session variants is built into the camera and cannot be removed. That implies you’ll have to charge the battery in the camera itself. The HERO7 Silver and White, HERO5 Session, HERO Session, and HERO4 Session are all included. 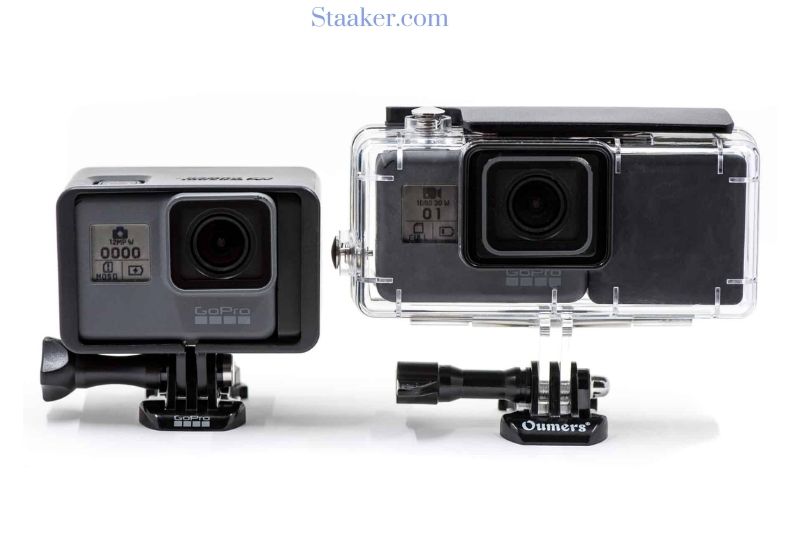 As a result, there is only one choice:

How to Extend the Life of a GoPro Battery

If you’re recording continuous video in 1080p at 60 frames per second with a GoPro, you’ll get about 1.5 to 2 hours of battery life (the most popular video setting for GoPro). However, by following these simple recommendations, you can dramatically increase the life of your GoPro battery: 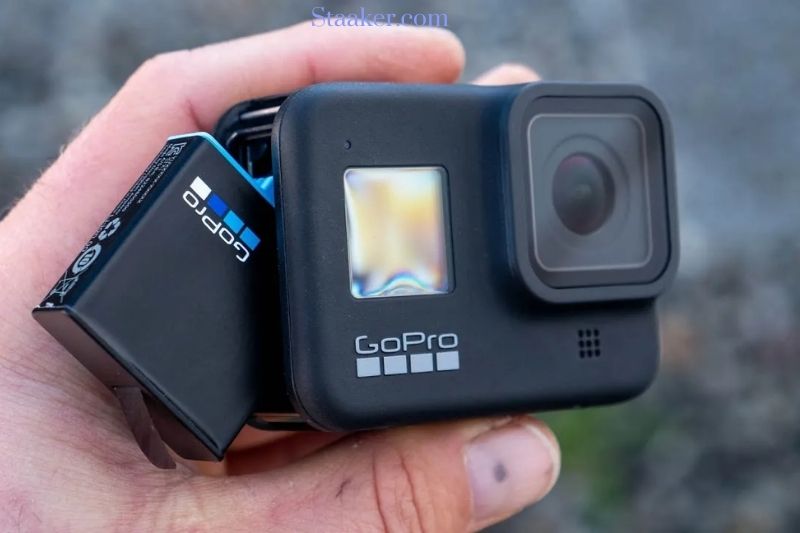 Because GoPros use the USB standard, you won’t require a voltage converter; instead, you’ll be able to use a more straightforward adapter that works with your local power plug system.

The SuperCharger is another alternative. It’s an approved GoPro attachment with two USB-C ports and clip-on adapters for various international plug types (US, UK, Europe, and Australia). These chargers aren’t cheap, and they’re best used with newer models that can benefit from faster charging thanks to the increased output. 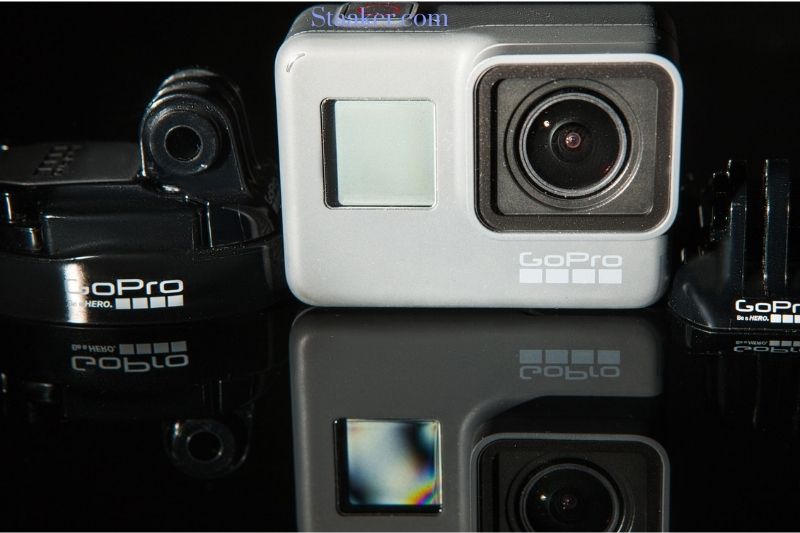 Wifi. Before charging, it’s a good idea to turn off the wifi. The wifi function drains battery life even when the camera is turned off.

While you’re using it, it’s charging. You can usually keep filming when the camera is connected to external power. However, the charging will stop while filming and resume after the recording is over. When the camera is attached to a computer, however, you will not be able to record while it is connected.

What’s the best way to see if your GoPro is charging? 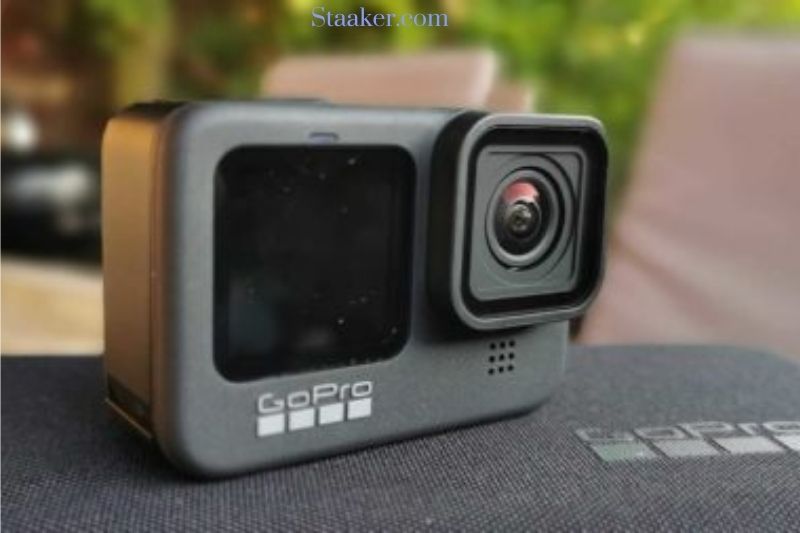 Is it possible to connect a GoPro to a wall outlet?

Each USB port charges at 1 amp and can be used to power nearly any USB device. Attachments for usage with US, EU, UK, and AU wall sockets are included with the Wall Charger. The GoPro HERO Wall Charger is compatible with all GoPro HERO models and many other USB-charged devices.

Is it possible to use GoPro while it’s charging?

The functioning time of the gear, even with the most recent Hero models, can last an average of 2 hours under regular use. You might expect the power to drain faster if you record at the highest resolution (and sometimes your GoPro can overheat). The good news is that these devices can now be used while charging.

In conclusion, the best way to charge your GoPro may vary depending on your situation. However, we’ve shown you how to charge your GoPro using a few different methods, so you can always have backup options. So whatever way you choose, be sure to have a charged GoPro when you need it!