Drones are getting more sophisticated every day, with various features. Although most people are familiar with drone technology and its impact, they don’t all know the details of how it works.

Drone technology is constantly evolving. It is easy to get distracted by new technologies and innovations. But the fundamental working principle remains the same regardless of any advancements. It is important to comprehend the latest technology and its potential benefits, but it is just as important to know the basics of how they work.

Let’s now take a look at how do drones work.

What is a drone?

If you don’t know what something is, it can be difficult, if not impossible, to understand how it works. What does the term drone mean? The word drone was used before 1946 to describe a male bee or a continuous monotonous sound.

The 1930s saw the United States Forces trying to figure out how their dogfighters and antiaircraft gunners could gain some experience without losing half of their fighter planes. The perfect solution was radio-controlled aircraft (RPVs). Target drones were made from old biplanes such as the Curtis N2C-2. These were easy to build, and pilots and gunners could use them all day without spending a fortune.

However, referring to them by RPVs was not a good idea for the creators nor the military users. It was time to change the acronym to something more concrete. They used the term “drone”, an acronym for an organism known for its mindless and driven existence…I’m talking here about drone bees! You can! 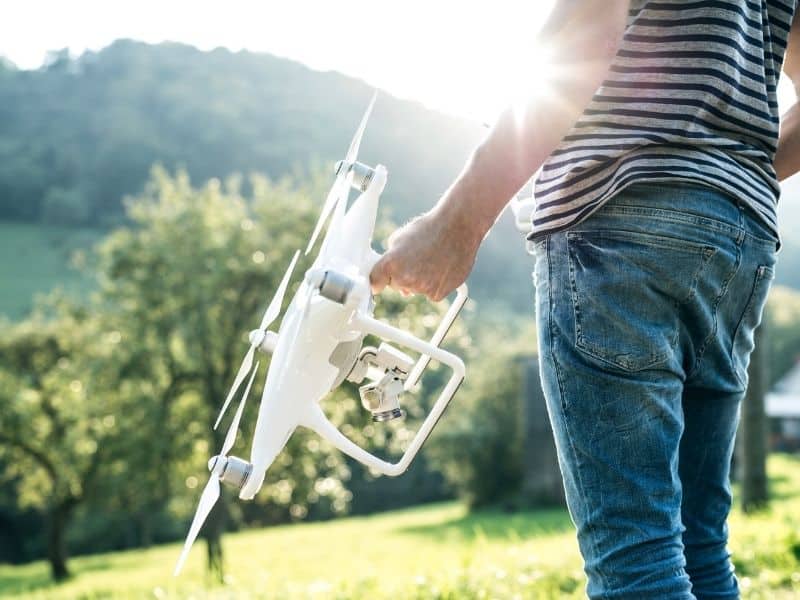 The term drone has become synonymous with unmanned aerial vehicles. Unmanned aircraft are now losing the common trait of their hive-living counterparts, as drone technology is improving at an alarming rate. They are far more than mindless flying robots.

Technology that allows drones to access our brainpower is also available. This means you can control a drone using your brainwaves.

Despite all the new technology and innovation, drones will still be associated with unmanned aerial vehicles (UAVs) or remotely piloted aerial systems (RPAS).

Fixed-wing UAVs such as the MQ-9 Reaper have fixed wings. This means that they can generate lift with a rigid wing. Fixed-wing UAVs need an engine that generates thrust to propel them along the ground. The greater air pressure below the wings generates lift. Many other factors affect how fixed-wing drones fly. But we’ll get to that later.

This is the most popular type of drone, and you have probably seen at least one. Rotor wing drones have two or more rotor blades that rotate on a fixed mast. There are many configurations available, from one rotor blade like those on helicopters to sixteen rotors.

Rotary drones are different from fixed-wing drones with airfoil-shaped wings. Instead, they have airfoil-shaped rotor blades that generate lift as the blades spin through the air.

Read also: History of Drones: When were Drones invented? 2021

How Do Drones Work? 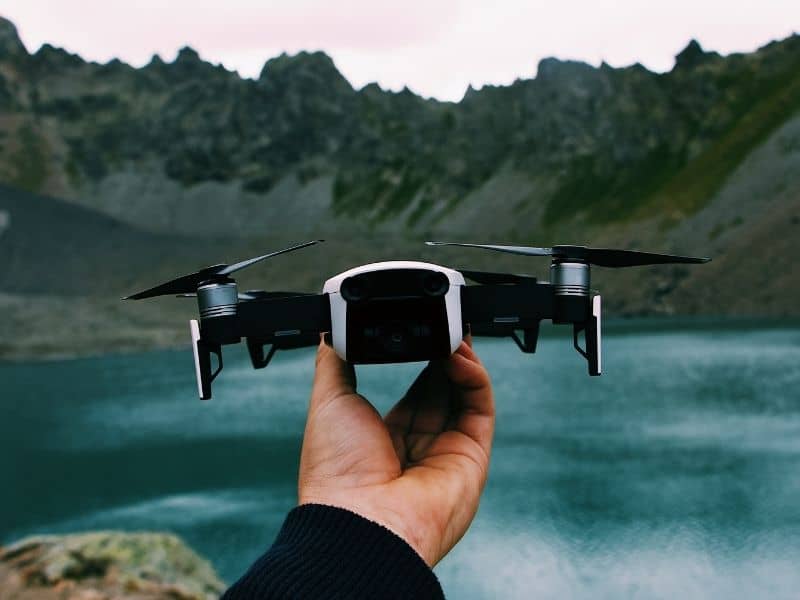 Drones can be used for a wide variety of purposes, including photography, commercial, and military. However, their primary functions are navigation and flight.

Drones require a power source to fly. This could be fuel or battery. To reduce weight and improve maneuverability, the drone’s frame is usually made from lightweight composite materials.

Drones need a controller to be launched, navigated, and landed remotely. The drone communicates with its controllers using radio waves (including Wi-Fi).

There are many technological components in drones, including:

The type of drone and the use case it is being used for, such as photography or commercial, are key factors in any discussion on drone features. These features are examples:

The nose of a drone usually houses navigation systems such as GPS. A drone’s GPS communicates with its controller to determine its exact location. An onboard altimeter, if present, can transmit altitude information. If the controller commands, the altimeter can keep the drone at a particular altitude.

There are many sensors that drones can have, such as distance sensors (ultrasonics, lasers, lidars), time-of-flight sensors, chemical sensors, and stabilization or orientation sensors. The visual sensors can collect still and video data. RGB sensors capture standard visual red, green, and blue wavelengths.

Thermal sensors, for example, can be used in security or surveillance applications such as heat signature detection or livestock monitoring. The use of hyperspectral sensors is ideal for crop health, water quality, and surface composition.

Some drones have collision avoidance and obstacle detection sensors. The sensors were originally designed to detect objects in front. Many drones can now detect obstacles in six directions, including front, back, and below.

It’s easier to select the right drone for you once you understand how it works. This guide can be shared with those who might need it. We appreciate you choosing Staaker.com to be your source of information. We are grateful for your support.