DJI and Zhiyun are two of the most popular brands when it comes to gimbals. In this article, we’ll be comparing the DJI Ronin-SC vs Zhiyun Weebill S. Both of these gimbals are designed for use with mirrorless cameras and offer different features and capabilities.

So, which one is the better choice for you? 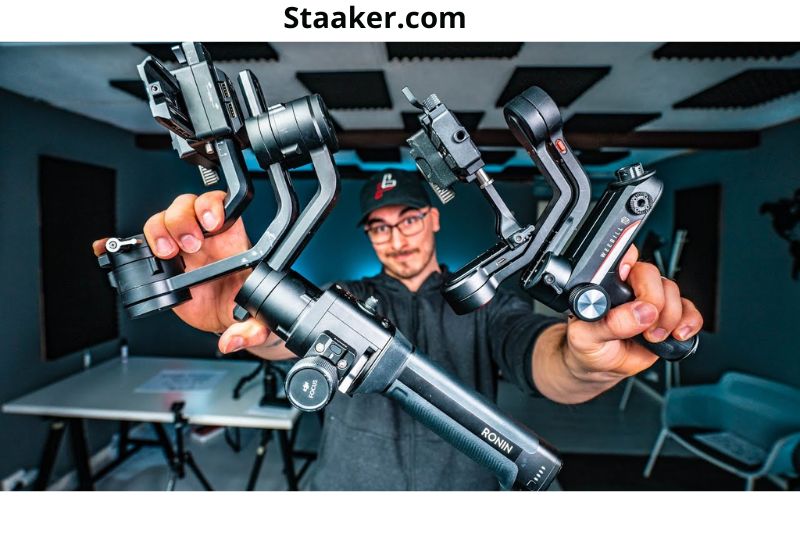 The updated and smaller DJI Ronin-SC has a detachable, portable design, similar to the Ronin-S. The grip that holds the gimbal’s battery can be removed to fit into any backpack. The DJI Ronin-SC has a storage position of 22020075 mm and an operational position of 370165150 mm. For transportation, the axes can be locked (a new feature compared to DJI Ronin-S).

Zhiyun continues to rely on its one-of-a-kind design to keep the gimbal smaller than an A4 sheet of paper. The dimensions are 298x190x140 mm. Zhiyun’s usage of off-the-shelf 18650 Li-ion batteries is a nice feature because you can acquire cheap extra batteries if you run out during your shot. The Weebill LAB and its successor have locked axes for transport, allowing the gimbal to be safely stored in your backpack.

If tripod mounting is a concern, the DJI Ronin-SC is compatible with Acra Swiss mounts, while the Zhiyun Weebill-S has a dual plate that can be used with either the Manfrotto or Acra Swiss systems.

DJI Ronin-SC is a mirrorless camera with a payload of up to 2kg designed by DJI. (The DJI Ronin-S is designed mainly for DSLR cameras.) You can see the weight of Sony a6x00 cameras with various lenses in my chart below.

The maximum payload of the Zhiyun Weebill-S is 3 kg, the same as the Weebill LAB, but Zhiyun claims a 300 percent increase in motor torque. They didn’t want to increase the listed payload with the new version. However, the gimbal should load without difficulty. 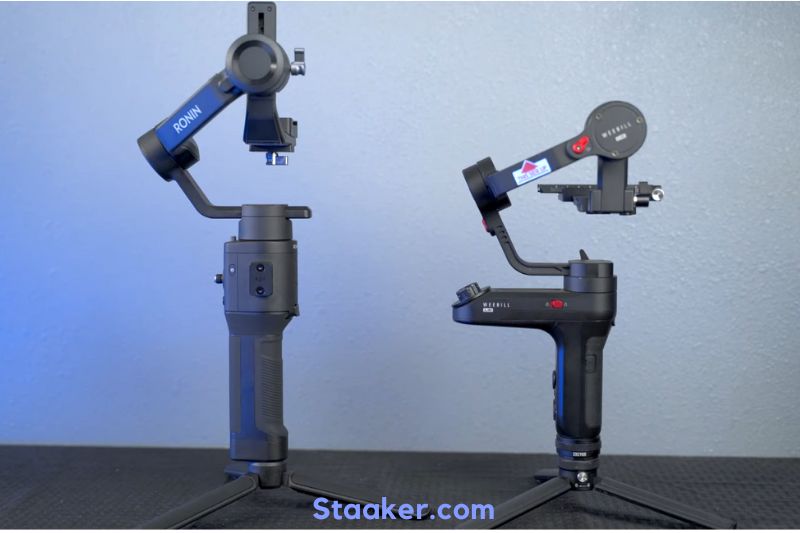 Both gimbals have several outstanding and clever features:

Timelapse and Motionlapse: Both gimbals allow you to capture motion-lapse videos rather than online time-lapse videos. To fine-tune the path your camera should take when turning the time-lapse recording, you can define start-, end-, and waypoints.

DJI’s ActiveTrack 3.0 technology is supported for the first time on the Ronin-SC, making it the first Ronin product to do so (not available with Ronin-S).

The Ronin-SC Phone Holder allows you to mount a smartphone above the camera and track the subject with the Ronin App and the gimbal. With the Weebill-S, Zhiyun introduced SmartTrack 2.0, which does not require mounting your phone to the camera but does require the TransMount Image Transmission Module. It operates similarly: you frame an object in your program, and the gimbal tracks and follows it. 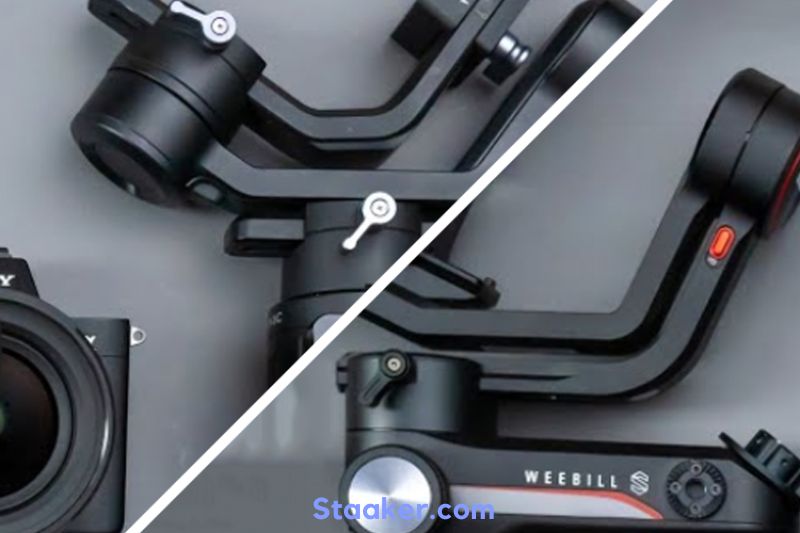 Force Mobile / Synch Motion: Force Mobile is a new DJI option that allows you to move your smartphone to control the gimbal. The gimbal tracks your smartphone’s movement. Zhiyun has recently released Synch Motion, a comparable feature that requires the TransMount Image Transmission Module. As a result, with Zhyiun, you may see the live image on your phone while moving about!

Only Zhiyun Weebill-S (with optional accessories)

Video Transmission: Video transmission to your phone is already available at Zhiyun Weebill LAB. Many consumers have complained about the sluggish transmission, yet many genuinely enjoy the function.

Zhiyun upgraded this capability, and with Weebill-S, you may stream video footage in 1080p definition to up to three devices (smartphones, tablets, or monitors) for up to 100m. However, unlike Weebill LAB, it is not done via the gimbal; instead, the new TransMount Image Transmission Module is required.

ViaTouch 2.0 connects your smartphone, camera, and gimbal in addition to sending 1080p video. Various gimbal and camera parameters, such as Follow Speed, Aperture, ISO, Shutter Speed, and so on, can be modified in real-time.

Aperture, Shutter, ISO, and EV cannot be changed on Sony cameras! Only Canon and Nikon cameras are compatible – read the compatibility list.

I believe it isn’t easy to pick a clear winner in terms of stabilization. Both firms make excellent gimbals, and the stabilization is amazing; they know what they’re doing. It’s also influenced by how well you move your body when operating the gimbal.

Another concern is camera weight; Zhiyun, as previously said, has a bigger payload, although it depends on your arrangement. So, I suppose the most pertinent question is which gimbal best assists you in achieving the perfect stabilized shot. Then there are the gimbal’s features.

The grip comes with batteries.

Which One Should You Purchase?

The DJI Ronin-SC appears to be an excellent match for tiny mirrorless cameras like the Sony a6100 / a6300 / a6400 / a6500 / a6600 series cameras; but, when utilizing the larger Sony A7, you may require the larger Ronin-S – or the Weebill S is more suitable. On the other hand, the Ronin-SC has outstanding intelligence features like Active Track and Force Mobile built-in without needing additional accessories. 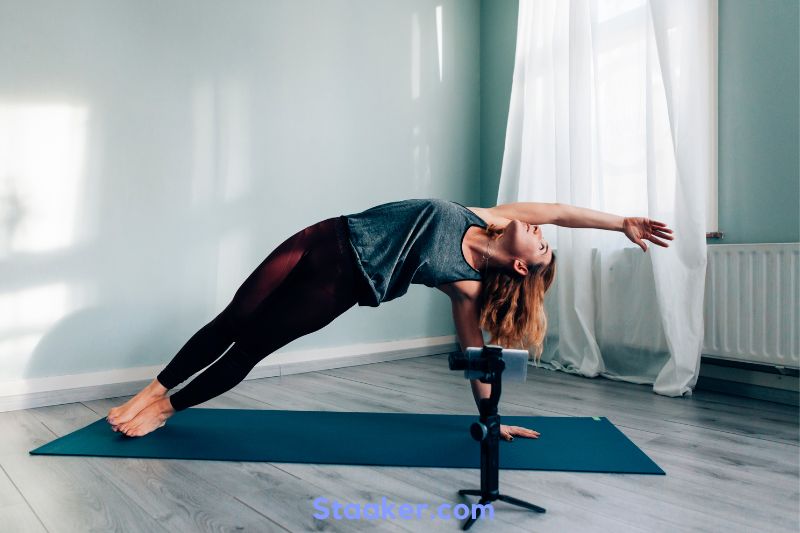 If you plan to upgrade to a larger camera, the Zhiyun Weebill-S is more powerful and hence more suitable. Active Track and Synch Motion are similar functions but require additional equipment! (Image Transmission through TransMount) On the other hand, these devices allow you to stream video footage to smartphones and monitors and manage camera settings.

The DJI Ronin-SC is a terrific companion for your camera if you want to keep it simple and tiny while still getting excellent capabilities like Active Track. If you want a giant camera or more functions, you can acquire the Zhiyun Weebill-S for a little more money. Still, you’ll need to invest in specific attachments – for example, if you want to use active Track, you’ll need the TransMount image transmitter.

Ronin-SC or Ronin-S: which is better?

On its pan, tilt, and roll axes, the Ronin-S has a maximum controllable rotation speed of 360°/s, while the Ronin-SC has a speed of 180°/s. Both units provide a controlled rotation range of 360° continuous rotation and a 30° roll axis control on their pan axis. 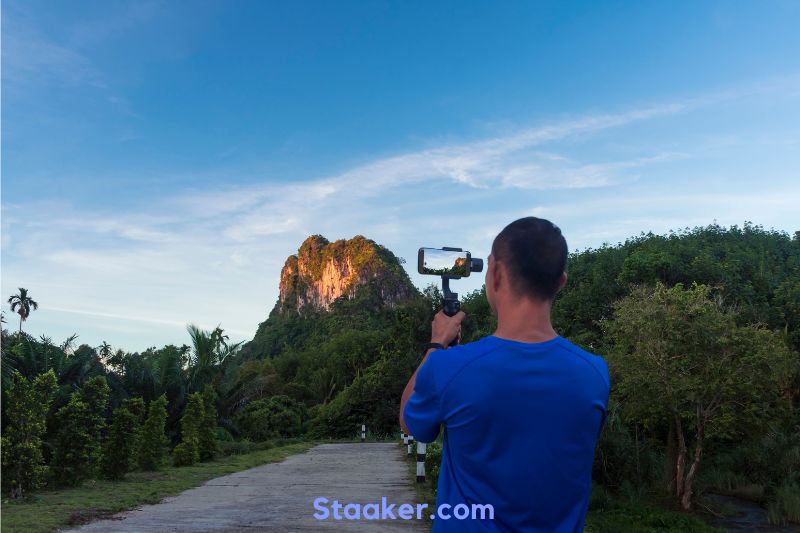 Is there a case included with the Weebill S?

Multiple accessories are included with the WEEBILLS-S, including an Arca Swiss/Manfrotto dual-layer fast release plate and a storage bag. A little tripod is also supplied, which can be used to stand up or extend the handle. The small tripod completes the gimbal for low-mode operation.

If you are a gimbal newer and don’t know clearly the way to use it, don’t miss our instructions: How To Use A Gimbal

Staaker.com hopes this comparison has helped you decide which gimbal fits your needs best.