The Akaso Brave 7 and GoPro Hero 9 are two of the most popular action cameras. Both cameras offer excellent video quality and a wide range of features, but which one is the better choice for you?

In this Akaso Brave 7 vs GoPro Hero 9 comparison, we’ll look at the key differences between these two cameras to help you decide which one is right for you.

The majority of individuals are familiar with cameras. We have one, two, or more cameras on our smartphones, but their applications are limited, and not all of our activities can be done on the go. Our camera of choice will differ depending on the application, so selecting one that matches your activities is advisable. Furthermore, we may have various budgets or amounts you wish to spend on the device.

Digital cameras, such as mirrorless or DSLRs, are the best choice for stills or pictures because they are designed to capture still images. Depending on the situation, they often include cropped or full-size sensors, but the best thing is that you can customize the camera to fit the environment or the manner you want to capture images.

Most professional and hobbyist alternatives are also ILC, which means we can try out multiple lenses to see what works best for you.

Next is video recording, which can be done with either a mirrorless or DSLR camera, depending on the type of recording. They are equally reliable for a relatively still subject like an interview or capturing events and personal stuff.

However, if your activity needs a lot of movement, an action camera like the Sony HDR AS50 Vs. GoPro Hero 5 is a better choice because it is tiny and has reliable image stabilization. 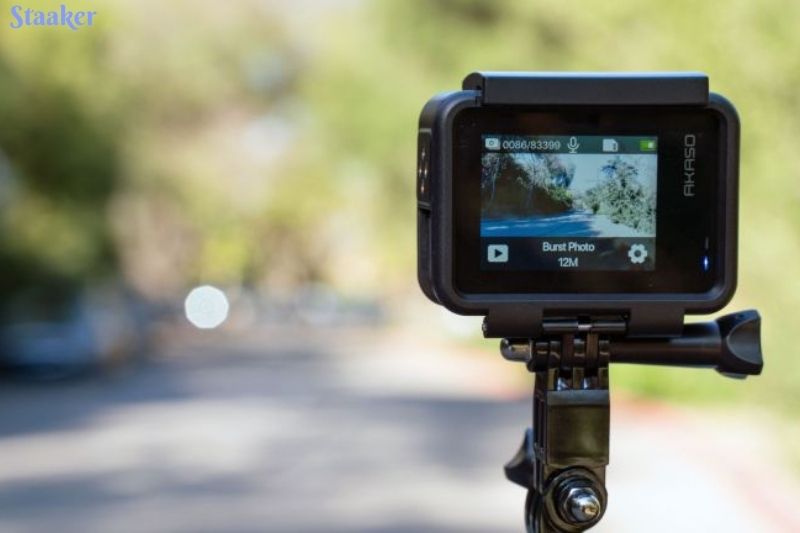 The gadget can also be multifunctional in other situations, such as the Lumix GH5, which is best known as a video camera but can also take still photos.

Action cameras and smaller digital cameras, on the other hand, can record still images, although the methods by which they do so are limited. If you require a more specialized camera for video recording, a camcorder is usually the best option, as long as there isn’t much movement.

They are filled with suitable functions and features for video recording, such as a long-range zoom when you need to go near an object while filming and the ergonomics meant to increase ease of use and application. Our choices will change depending on the applications; therefore, it is advisable to choose based on the intended use rather than buying the most excellent camera.

Now that you’re ready to browse for a camera, it’s time to see what’s available on the market. Numerous options are based on the brand, price point, overall camera capability, and device focus. If you’ve come this far, we’re assuming that the camera is for video recording and sports. For this purpose, an action camera is ideal, as it is both adaptable and suitable for a wide range of users.

You’ll find the most popular or well-known option and more economical options, as with most things. Similarly, while GoPro is synonymous with action cameras, there are many other fantastic cameras out there depending on what appeals to you the most, such as AKASO, which is both economical and surprisingly capable in terms of video quality. However, the flagship models of each business will be different. 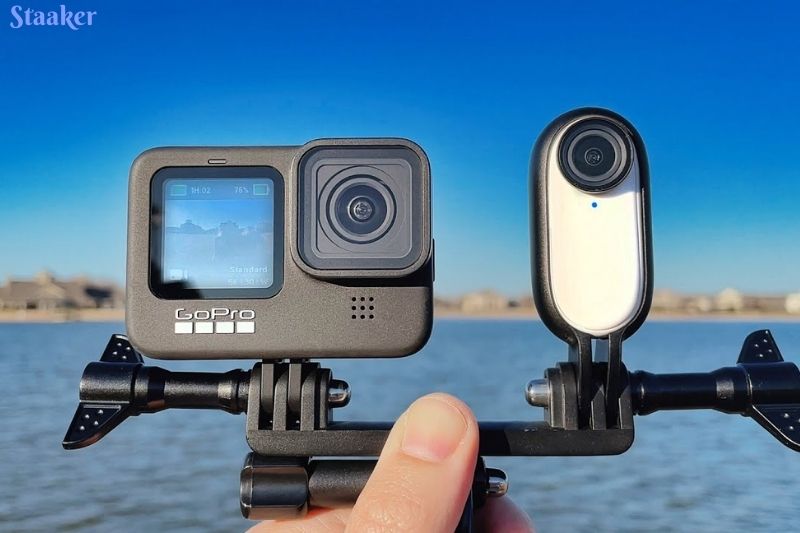 The AKASO Brave 7 LE and GoPro Hero 9 are now fascinating offerings from both businesses, with many users praising their image quality. Because of how popular this camera is and its low price, finding the Brave 7 LE is even more difficult. The Hero 9 is now cheaper than when it was initially released, although AKASO is still significantly less expensive. Both cameras are reliable, although they are not identical.

They are not precisely the same or similar, especially in terms of image quality, but the Brave 7 LE will undoubtedly be worse. However, if you wish to spend more than twice what you could save by using AKASO, the degree of information may not be as significant to you.

GoPro is the choice of image quality critical, and you want the best, but for casual users who aren’t concerned with the finer points, we believe the Brave 7 LE is a capable pocket camera.

Let’s look at what the AKASO Brave 7 LE and GoPro Hero 9 have to offer, starting with the most fundamental feature, which is the recording resolution. This is also the feature that most distinguishes the two.

The Brave 7 LE is perfect for the price point because it is a total 4K camera that isn’t an interpolation, and the Hero 9 is a 5K camera so that you can tell the difference side by side. Both cameras record at 30 frames per second at their highest resolutions of 4K and 5K, respectively. 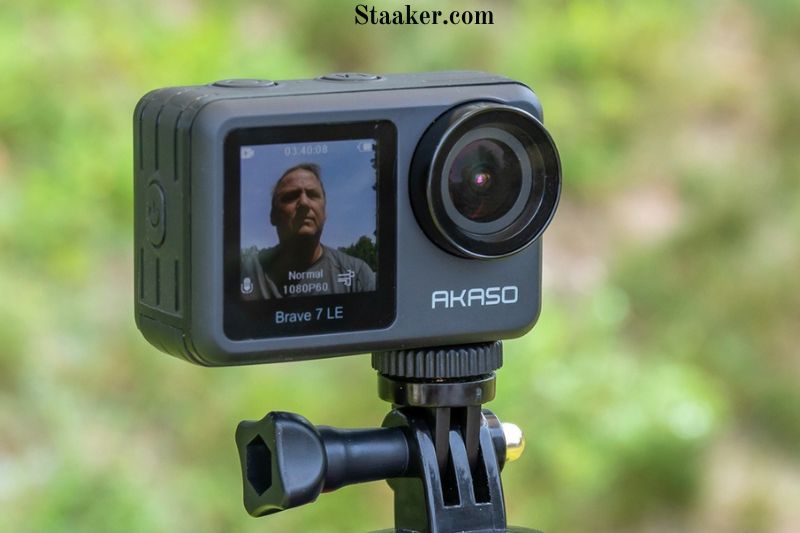 Before we look at what the AKASO Brave 7 LE and GoPro Hero 9 offer, let’s look at the surprisingly comparable cameras. The addition of a small screen near the lens at the front of the camera adds to the resemblance.

Both cameras have the same form factor, but the lens cover is what distinguishes them. The GoPro has a square cover, while the Brave 7 LE has a round cover.

The front screen is also color, so you may use it to see the footage while recording yourself. The cameras are well-built, and the Hero 9, like previous Hero models, is waterproof right out of the box, eliminating the need for a waterproof case. The Brave 7 LE, shockingly, is also waterproof, but only up to 3 feet, so if you plan on diving or wearing it while submerged, you’ll need the waterproof case. 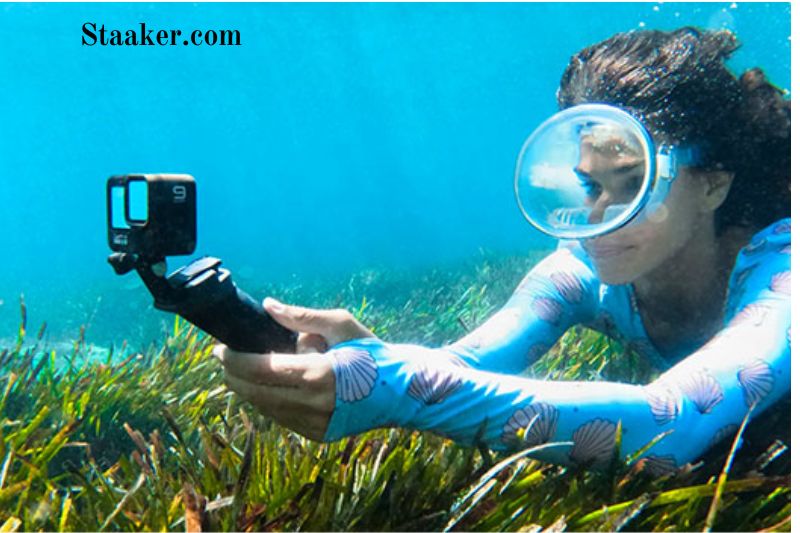 The image quality varies between the AKASO Brave 7 LE and the GoPro Hero 9. As the contrasts differ, you can see how they differ in the details. It could be a matter of taste, but the color of the Hero 9 appears to be more vibrant, whereas the Brave 7 LE is significantly paler.

GoPro is recognized for increasing the contrast in their cameras, making the footage more vibrant. If you’re going to be pixel peeping, the Hero 9 will undoubtedly have more attractive details.

We enjoy both the AKASO Brave 7 LE and the GoPro Hero 9 for their picture stabilization, although the Hero 9 is more stable. The difference isn’t significant given AKASO’s lower price, but it’s evident, especially when walking, because the footage is shakier. 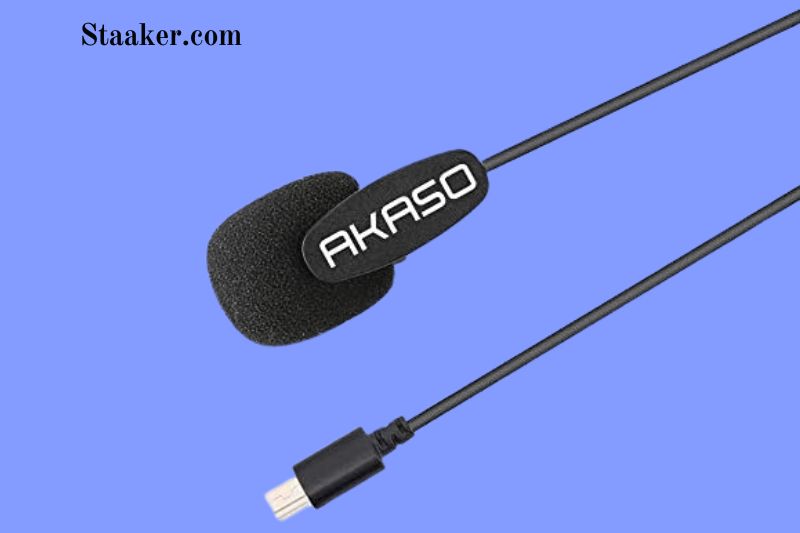 Finally, we’ll discuss the microphone quality of these cameras because most people will likely use them for self-recording and talking to the camera. In addition, while Hero 9 is superior, the Brave 7 LE is not without merit.

Compared to earlier AKASO cameras, the audio is significantly cleaner, but there is still wind noise captured, whereas the Hero 9 is relatively clean. Even if you don’t utilize an external microphone, we believe both are useful.

There are a lot of good action cameras out there, including the AKASO Brave 7 LE and the GoPro Hero 9, which are comparable but also different. They’re considerably different in terms of image quality, image stabilization, and microphone, but it doesn’t make Brave 7 LE a poor pick.

The level of quality they can put into one camera astounds us. The 4K clarity and resolution are excellent, the stabilization is superior to earlier cameras, and the audio quality is still acceptable. 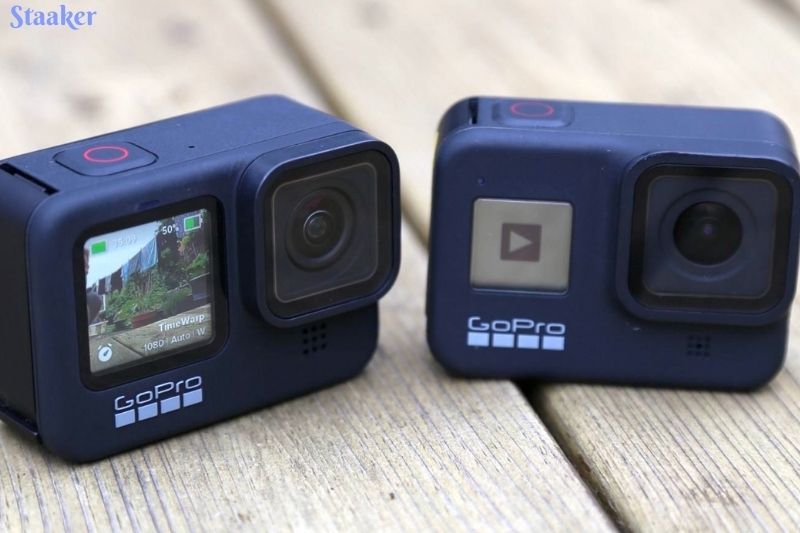 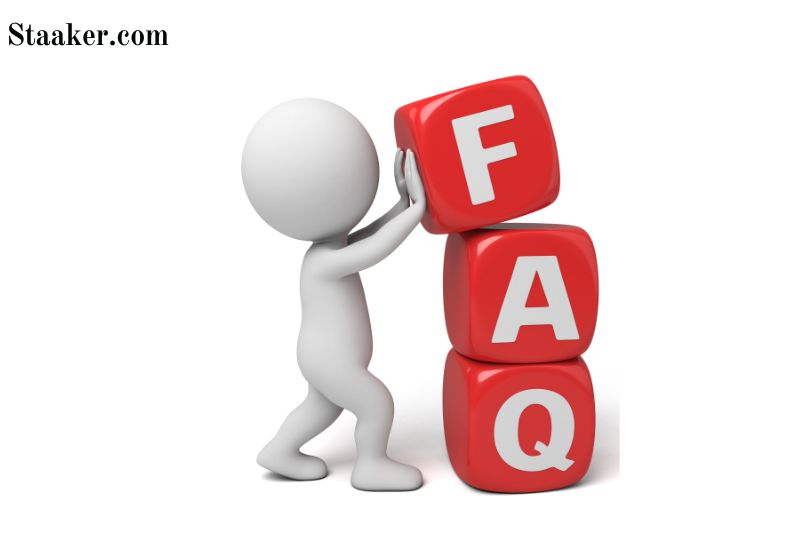 Is GoPro superior to Akaso?

Unfortunately for the Akaso, GoPro can shoot 4K video at 60 frames per second, the highest video quality available. Only 4K at 25fps is possible with Akaso. The picture stabilization sensor on the GoPro makes it stand out. This allows you to capture videos while on the go without worrying about fuzzy frames.

How good are Akaso cameras?

Akaso cameras have come a long way and may often equal Gopro’s flagship hero model in terms of camera quality and durability. Akaso is still just a knockoff GoPro, and no amount of money can replace the real thing. 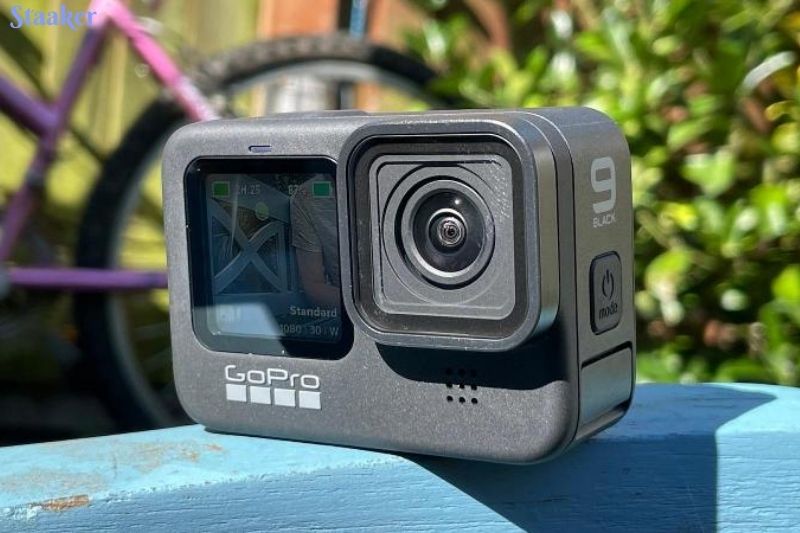 The sensor in the GoPro Hero9 Black is 11MP higher than the sensor on the GoPro Hero7 Black, giving it a significant advantage in real life. You can enlarge your photographs or crop them more freely. However, consider that the maximum sensor resolution is not the only factor that influences resolving power.

The Akaso Brave 7 vs. GoPro Hero 9 comparison ultimately comes down to your preferences. If you’re looking for a camera that offers excellent video quality and a wide range of features, the Akaso Brave 7 is worth considering.

However, if you are mainly interested in a camera that is easy to use and can take stunning photos, the GoPro Hero 9 is the better choice. Staaker.com hopes this Akaso Brave 7 and GoPro Hero 9 comparison was helpful!