Most people think of drones as large, unmanned aircraft used for military purposes. However, drones come in all shapes and sizes; some are even small enough to fit in the palm of your hand. While most drones are used for harmless purposes, such as taking pictures or videos, some people use them for more nefarious purposes, such as spying on their neighbors.

In this article, we will provide what to do if a drone is spying on you.

Can Drones Serve As Surveillance Tools?

The fact that drones can be used for surveillance may appear straightforward, but the question is to what extent. You would be shocked by how much surveillance data a drone can acquire. If they are outfitted with the proper equipment, they can conduct surveillance to a shocking degree. 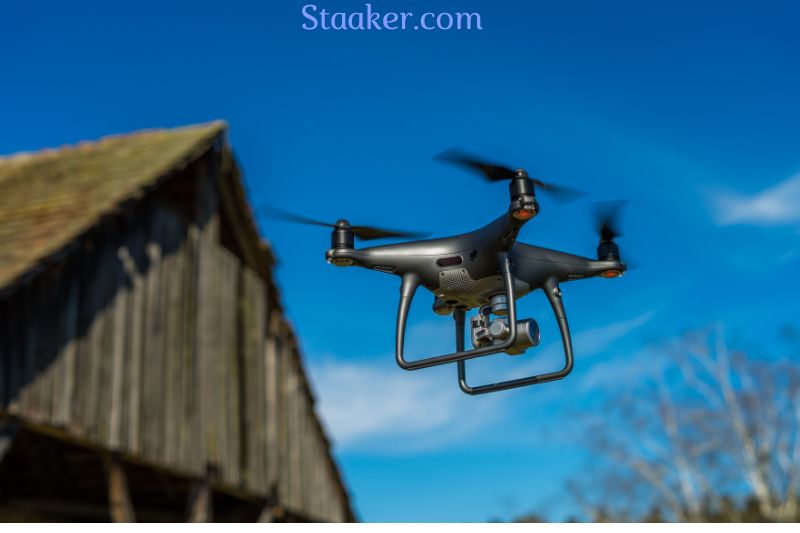 You will not generally find consumer-grade drones with these surveillance capabilities, but less advanced drones can still be utilized for essential surveillance. However, this is prohibited because no citizen is permitted to invade the privacy of others.

Surveillance drones are widely utilized by the military and intelligence services, but state and municipal public safety departments can also use them. They are utilized frequently by federal agencies such as the FBI, ICE, U.S. Marshals, and Coast Guard.

Can Drones Hear The Human Conversation?

Logically, the idea of a drone being able to listen in on your discussions would terrify you considerably. It was revealed in a 2013 congressional study on the state of drone technology that drones are capable of listening in on your conversations if they are equipped with the necessary hardware. This is rather eerie, correct? For a drone to accomplish this, it must be able to record audio.

Currently, most drones only record video and not audio because they lack built-in audio recording gear. This is typically the case for the majority of consumer-grade drones. In reality, though, increasingly advanced drones can record sounds. This is especially true for drones employed in surveillance. 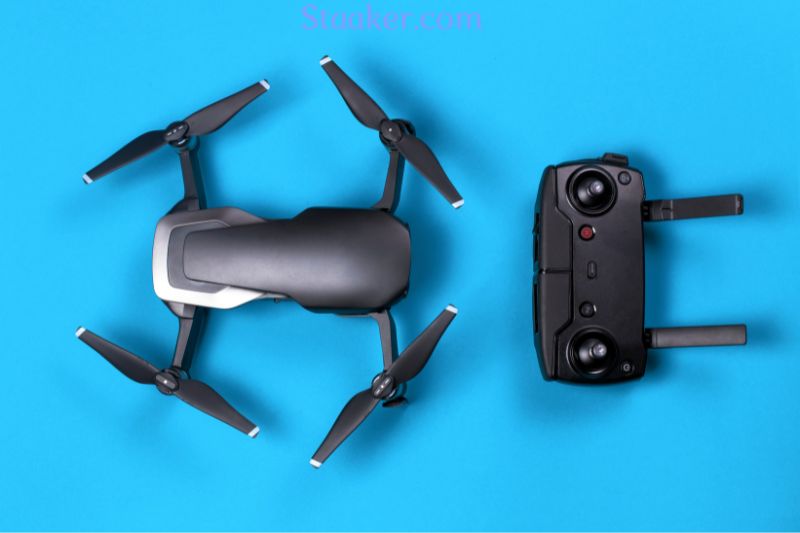 Due to the loudness of their propellers, quadrotors are incapable of recording audio. Therefore, it is useless to record audio if it cannot be heard above the noise of propellers. Therefore, drone manufacturers such as DJI do not include a microphone.

Therefore, to conclusively answer the issue, drones can hear conversations if equipped to do so. The majority of drones, however, cannot hear or record conversations because they lack audio recording gear.

Can A Drone See Inside My Residence?

It is theoretically conceivable to stare into someone’s window with a drone, but no more so than with a telephoto lens from a tree or building across the street, she explains. And with most consumer drones, you cannot zoom as you can with a telephoto.

In addition, Alkalay argues that just because a drone is flying high above your home does not necessarily mean it is photographing you. It is possible that the airplane is on its route to another location or is photographing something outside your property boundary. 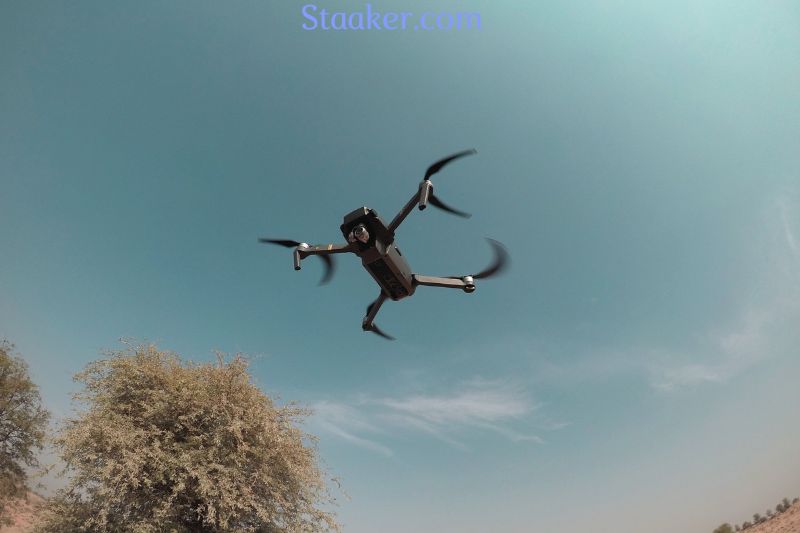 However, a drone that drops and hovers near your home is in a legal gray area. There are untested concerns over the lower atmosphere, Alkalay explains. If you flew a drone 5 feet (1.5 meters) above someone’s property, that might not be navigable airspace subject to federal jurisdiction, and a state may be allowed to regulate it; however, this has not been proved in court.

Read this guide to know the way to disable the drone flying in your house.

How Can You Determine If A Drone Is Observing You?

As previously stated, drones can be used for espionage; however, seeing a drone near your home does not necessarily mean it is spying on you. It could very well be a case of misinterpreting what is truly occurring.

Generally speaking, if a drone is spying on you, you can detect it using only your eyes and ears. A drone close enough to you to collect visual data will be simple to identify and certainly audible.

Some varieties of drones are smaller and more stealthy, making them more difficult to detect with the naked eye. If you fear a drone is spying on you but cannot see or hear it, you can utilize other technologies to detect a nearby drone. 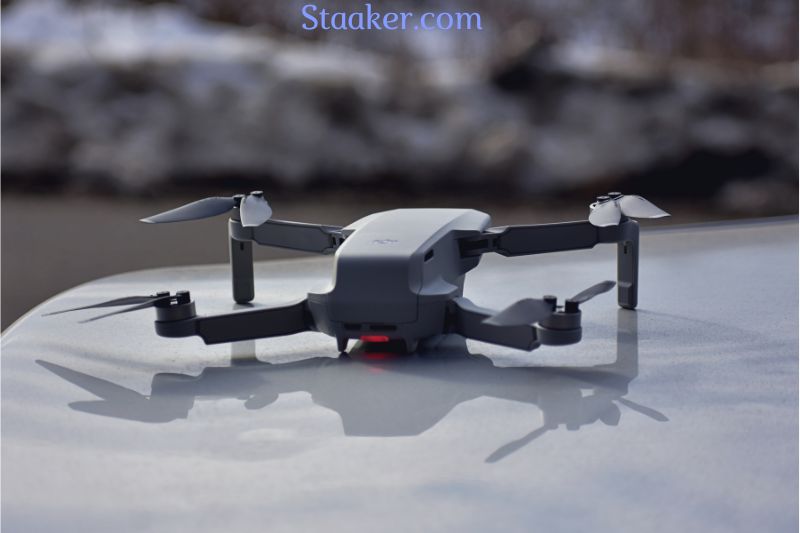 Here are some ways to determine if a nearby drone is spying on you.

Some apps can assist you in determining whether a drone is observing you. For instance, you can use the DroneWatcher app on your smartphone or tablet to detect nearby drones.

1. Communicate With The Drone Pilot

If you can see the drone’s operator, approach them calmly and courteously. It is preferable to remain calm and courteous, as you will receive a more favorable response than if you are angry. Ask them what they are filming, as they may be working on a project that coincides with yours.

Ask them to view their previous work, act interested, and allow them to demonstrate it. I would be delighted to show everyone what I’ve been up to. I’d appreciate someone’s curiosity, as most people find it dull.

Tell them you have cause to believe the drone has been following you if the operator is unhelpful and abrupt and refuses to discuss your concerns. See how they react, then inform them that you will be reporting them.

You can either wait to see whether the drone stops following you or report the incident.

You are likely thinking, What the heck? Let me clarify. If you take the time to learn the basic drone rules, you will understand what a drone pilot is and is not permitted to do, including invasion of privacy. By acquiring some fundamental understanding, you may realize that you are not being followed; the drone is present because it is required by law.

For instance, a drone cannot go above 400 feet, yet some pilots prefer to fly lower. Therefore, if they are regularly operating nearby, you will likely hear them, which could explain why you believe a drone is following you. 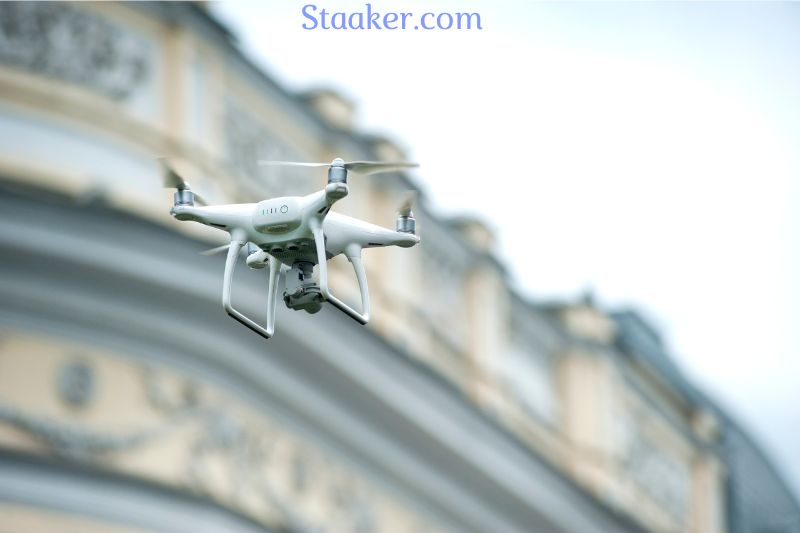 On the other side, knowing the fundamentals gives you confidence when approaching a drone pilot. You can share what you know, and if they misuse their drone, they may reconsider their actions.

As previously stated, some individuals find drones bothersome and like to hurl insults without knowing the facts. This is another reason why people should be informed of drone rules. This has occurred a few times, and it could have been avoided if both sides had been cordial and the non-pilot had been knowledgeable about the topic.

3. Take Random Routes If You Are Outdoors

If you suspect that a drone is spying on you, you should take different routes than usual. If someone snoops on you, they likely know more about you than you believe. They will be familiar with your habits, so if you take alternate routes and the drone still looks to be following you, you can report it.

Record everything. Notate times, dates, and locations. Collect as much information as possible. Take photographs or videos if possible. Collecting all of this information will simplify reporting and increase your chances of being heard.

If you can get a close enough look at the drone, do your best to describe it. The majority of drones should be numbered. These numbers are FAA-issued identification numbers given to drone owners upon registration. However, if someone is misusing a drone, it is likely not registered.

Some people don’t disclose these incidents to the authorities for many reasons, including the concern that the perpetrator knows where they reside. Gather your evidence, including your conversation with the operator, and give it to the police—the greater the evidence you can present, the better.

6. Report Unauthorized Use of a Drone to the FAA

The FAA and every other aviation authority around the globe will provide you with a formal complaint procedure. You can report drone usage in the United States on the FAA’s website. Misuse of a drone is handled severely because it is illegal under aviation legislation and must be investigated.

Inform them that you have also spoken with the police and pass on all the evidence you have gathered.

According to the Federal Aviation Administration (FAA), which oversees recreational and commercial flights, it is prohibited to operate a drone irresponsibly. So, while FAA rules prohibit drone espionage, simple drone flight is not.

How can you determine whether a drone is spying on you?

Using a radio counter-surveillance system to track down the drone is the best way to ensure you are being spied upon. It decodes the radio waves generated by the drone and creates a pattern to indicate the source of incoming signals. 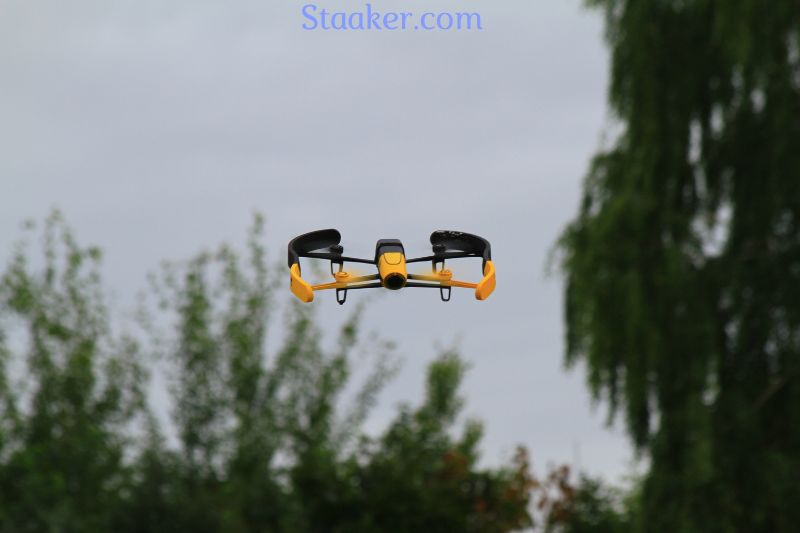 Is there a drone detection app?

You can monitor drones with the DroneWatcher app on your Android tablet or smartphone. Additionally, RF sensors can identify drones that communicate using RF. Radar detectors can be an alternative solution for GPS-controlled drones.

Read this guide to find the best app to detect the drone, maybe this useful for you.

It is illegal to use a signal jammer to prevent drone signals, particularly in the United States. Only federal agencies with explicit authorization are permitted to use them. Citizens cannot use jammers because they pose a risk to law enforcement officials attempting to discover potential privacy risks.

Can you destroy a drone that is spying on you?

It is prohibited to shoot at a drone. The FAA classifies a drone as an aircraft, and Title 18 of the United States Code forbids its firing, destruction, or damage. You may face a fine or maybe imprisonment. In the event of a threat, you should contact your local police or law enforcement agency for assistance.

Above are a few things you can do if you think a drone is spying on you. You can determine where the drone is coming from and who is operating it. You can contact your local law enforcement agency if you have concerns about your privacy.

If you have questions about these or any other Drone Security issues, please don’t hesitate to contact Staaker.com.