Today, cameras are an essential part of our lives and can be found in almost every home. The camera is a device that captures light and produces an image. It has been used for centuries for everything from art to documenting history.

But what was the first camera? And when was the camera invented?

In this article, we will explore these questions in the following few paragraphs.

What Exactly Is A Camera?

A camera is a device that captures and records visual information and has a lens, shutter, and sensor. A film camera’s lens temporarily exposes the film strip to light passing through the lens when it takes a picture. This exposure leaves an imprint on the emulsion, which is known as a latent image.

The latent picture can then be developed into a negative, which can then be projected onto light-sensitive photo paper to make a photograph. Photons of light pass through the lens and onto a digital optical sensor in digital photography. These sensors are made up of millions of photodiodes that work together to form a photographic image.

When Was The First Camera Made?

Joseph Nicephore Niepce, a French inventor, invented the camera in 1826.

The vista from his window at Le Gras was the first photograph ever taken.

It took 8 hours to expose and produced a fuzzy image that would be mistaken for an abstract painting if it weren’t for the date “1826” printed in the bottom left-hand corner.

A Brief History of Camera

From the earliest cameras to today’s high-end DSLR cameras, there has been a long journey:

The earliest camera: The camera obscure is the first camera that has been documented in history. Chinese manuscripts from 400 B.C. and Aristotle’s writings from around 330 B.C. provide conceptual descriptions of camera obscura. Ibn Al-Haytham, an Arab scholar, described the concept of a camera obscura around 1000 A.D.

Instead of taking images, a camera obscura focuses light through a lens (technically a small hole) and projects it onto a screen. Pinhole cameras are pretty similar to camera obscuras. These gadgets are forerunners of everything from still photography to motion picture cameras and projectors.

Handflex reflex camera: Johann Zahn, a German author, proposed a design for a handed reflex camera in 1685. However, no one realized the camera until Joseph Nicéphore Niépce, a French inventor, constructed a prototype in 1816. 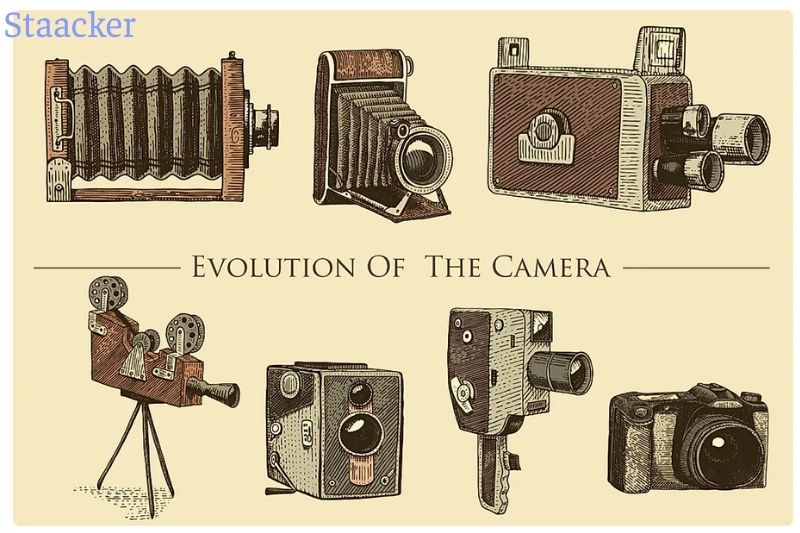 Niépce generated photographic images on silver chloride-lined paper, and his snapshot from around 1826 is the oldest extant photograph. The University of Texas in Austin still has this first photograph on display.

In 1829, Louis Daguerre invented a more practical camera model, the Daguerreotype. Daguerreotypes were the images captured by Daguerre’s camera, and his approach defined cameras in the mid-nineteenth century.

The daguerreotype: The procedure entails covering a copper plate with silver, sensitizing it with iodine, then developing it in hot mercury. Henry Fox Talbot’s calotype, a daguerreotype variant, was also popular during this time.

The mirror camera: Daguerre’s camera technology had a problem with images fading quickly. The problem was solved by American inventor Alexander S. Wolcott, who invented the mirror camera. Instead of a negative image with reversed colors, this camera created a positive image.

Kodak: It wasn’t until American George Eastman pioneered the use of roll film cameras that analog photography reached its pinnacle. In 1888, Eastman began selling a box camera he named a Kodak, starting with paper film and swiftly upgrading to celluloid.

A single Kodak camera came with 100 exposures and required development at the Eastman Kodak plant in Rochester, New York. These first film cameras gave way to Kodak’s Brownie cameras, a cheaper variation, in 1901.

35mm film camera: Camera makers created freestanding rolls of 35mm film that could be inserted into and withdrawn from the user’s camera between 1905 and 1913. Oskar Barnack, a German inventor and photographer, is widely recognized for introducing 35mm film cameras, starting with the Leica, designed for the Leitz company.

Digital SLR camera: The first DSLR camera was released in 1999, and after only a few years of technology advancements, single-lens reflex cameras were entirely supplanted.

A digital single-lens reflex camera (DSLR or digital SLR) is a camera that produces high-quality images and is popular among both amateurs and professionals. A DSLR camera’s viewfinder allows you to see the precise image you’re shooting, helping you visualize and record your scenes better.

Mirrorless camera: Epson introduced the first mirrorless camera in 2004, which is a camera that does not include a reflex mirror. Light flows directly through the lens to the digital sensor, displaying your image on the camera’s LCD screen, allowing you to fine-tune settings and preview your shot before taking it.

While this camera was not initially considered an interchangeable-lens camera, upgrades and developments have cleared the path for more mirrorless lenses, propelling it to the forefront of customizable photography.

Whose First Movie Camera Was It?

A group of inventors in the late 1800s were attempting to figure out how to capture images on film.

Many people claim to be the first to invent the movie camera, but no one knows.

Because he obtained a patent on a kinetoscope device in 1891 (the same year that A Trip to the Moon was launched), many historians and scientists believe Thomas Edison invented the first movie camera.

Others suggest that Etienne-Jules Marey or Louis Le Prince were more likely the actual inventors of this technology.

He died before seeing his innovation in action, so he never got to enjoy it.

There were, however, other patents issued before he developed this device. 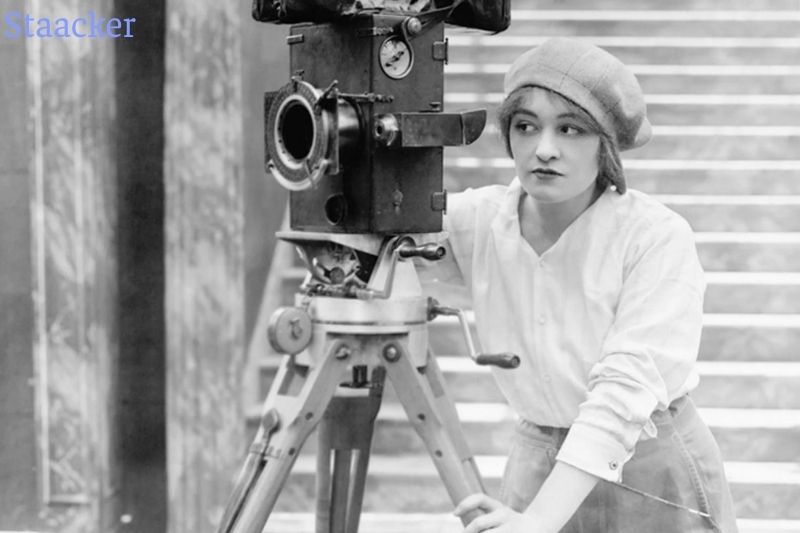 The Aftermath Of The Cinema Camera’s Invention

The cinema camera is a significant advancement in motion picture technology. Cinema cameras have influenced everything from how performers act to which sequences are captured, changing how movies are made and created.

What began as an essential technique for capturing still photographs in motion has grown into a full-fledged art form that has taken over popular culture.

From the first camera obscura through the color film’s creation, the camera’s history is strewn with remarkable innovations and ideas.

The introduction of sound and color film, which ushered in what we now know as “classical Hollywood,” ushered in an explosion of the invention that would revolutionize cinema forever in the early twentieth century.

The cinema camera revolutionized filmmaking and gave directors a new realm to explore. The Lumière brothers used it for the first time in 1895, but it wasn’t until 1913 that Thomas Edison developed his version that it became widespread.

Thomas Edison devised the cinema camera in the late 1800s. This technology revolutionized filmmaking and forever changed the industry.

How Long Have Movies Been Around?

Nobody knows when movies were conceived, but some speculate that it was as early as 1894. Thomas Edison shot a boxing battle between James J. Corbett and Tom Sharkey at the Olympic Club in New Orleans on December 28th of that year for an exhibition dubbed “Boxing With The Stars.”

Today, we watch movies on large enough displays to cover our entire vision with images and noises that are so clear that we forget where we are sitting or standing. However, audiences in small towns had to travel to see this new kind of entertainment, resulting in the birth of the cinema theater! 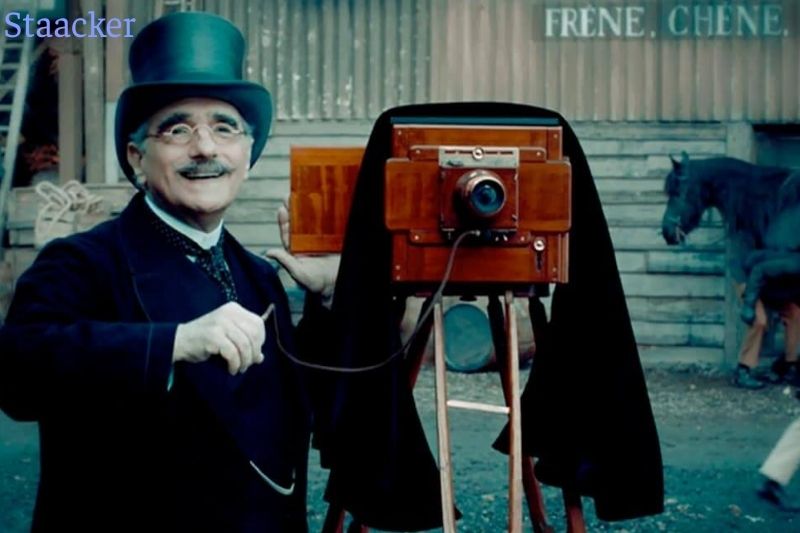 Movies have been for a long time, but what is a movie exactly? That is a difficult question to answer.

When exhibited on a screen, a movie is a recorded succession of images that gives the illusion of moving imagery. These images are captured using a projector or camera and then played back at varying speeds to create a movement illusion.

Eadweard Muybridge was also a key figure in the development. He wanted to see if horses raised all four feet off the ground during gallops, which he couldn’t do with only still photos.

When Thomas Edison invented the kinetoscope a century ago, he had no idea it would pave the way for a new kind of entertainment known as motion movies.

It’s only fair, then, that we commemorate a century of filmmaking by recognizing some of Hollywood’s most iconic and essential films.

Color photography was tried in the 1840s, but this camera image was not taken until 1861. This color shot was created using the three-color approach proposed by Scottish physicist James Clerk Maxwell in 1855.

Today’s photographers may thank scientists and inventors for all of the images they can now shoot. With the development of film, a video camera became more accessible to people, and various camera formats have subsequently appeared. 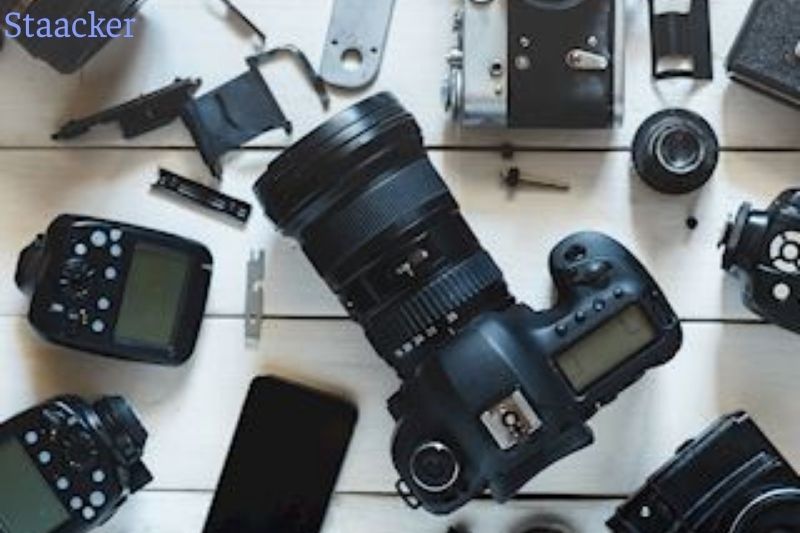 We no longer have to wait for our film to develop, test the light, or strive to get everything just so. With small devices in their pockets, photographers can now record anything they desire in a vibrant color image. A photo can be taken in seconds, and many people don’t even think about it.

Many of us remember how much easier it was to work as a photographer with digital cameras, but technology continues to improve! With the stroke of a button, hundreds of images can now be captured in less than a second.

When the camera was first invented, how did it work?

When did the camera become popular?

The release of the Kodak #1 camera in 1888 was by far the most momentous event in amateur photography history. The Kodak was the modest box camera equipped with a 100-exposure roll of film and was invented and marketed by George Eastman (1854–1922), a former bank clerk from Rochester, New York. 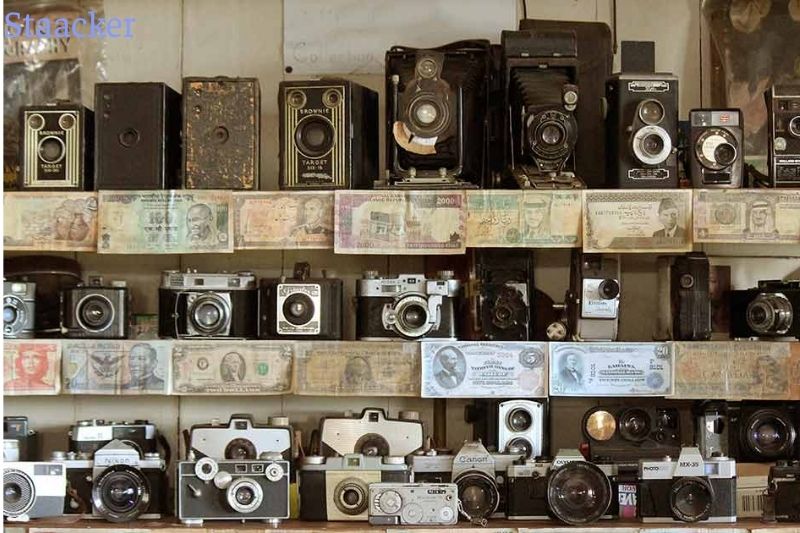 What impact did the camera have on society?

What impact did photography have on history?

Ordinary individuals can now be remembered thanks to photography. It’s also opened a doorway into more recent historical periods, allowing us to understand better those who came before us.

What was the impact of the camera on art?

By making art more portable, accessible, and affordable, photography democratized it. For example, because photographed portraits were significantly less expensive and easier to manufacture than painted portraits, portraiture was less exclusive to the wealthy and, in some ways, democratized.

Camera Technology has come a long way since its invention over two centuries ago. From small pocket cameras to state-of-the-art devices that can take high-resolution photos and videos, the camera has become an integral part of our lives.

Thanks to its history and evolution, we can now enjoy beautiful images and videos. Staacker.com hopes you enjoy this article and know more interesting infromation.