The use of drones or Unmanned Aircraft Systems in production is growing in popularity across the country. The regulatory framework for drone use is constantly changing and evolving. If you want to fly a drone in Ohio, you will need to know the Drone Laws here.

Here is a guide to help you understand Ohio Drone Laws. Let’s get going! 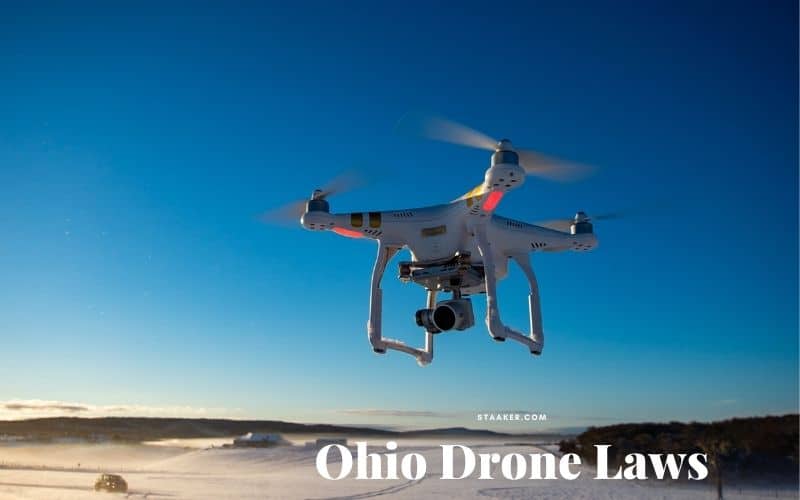 These drone laws, which apply to all states in the U.S., including Ohio, were created by the federal government.

You must be a commercial pilot to fly a drone in Ohio. You must follow the FAA’s Part 107 Small UAS Rule (Part 107) to fly a drone for business or work purposes.

Ohio allows hobbyists to fly drones as hobbyists. The FAA requires you to pass the Recreational UAS Safety Test. The FAA also requires you to adhere to the rules for recreational model aircraft. You will need to pay $5 to register your drone if it weighs in at more than 0.55 lbs (250g). Additional rules apply to altitude and airspace, as well as keeping your drone in line of sight while you fly.

You can fly a drone in Ohio as a government employee (e.g., for a fire or police department).

Please note: This page is intended to be used as an informational tool and not a substitute for legal advice.

These drone laws applied to Ohio’s entire state and were established by the Ohio General Assembly.

According to the Ohio Department of Transportation and the Ohio General Assembly, one law in Ohio governs drone use.

Part 107 regulations apply to all drone pilots who operate commercially in Ohio.

These drone laws are only applicable to specific regions, cities, and counties in Ohio. Different authorities created them within the state.

This ordinance allows the city police to enforce FAA laws pertaining to drones.

This ordinance prohibits the use of drones over city-owned properties, including parks.

This rule prohibits drones from Cincinnati parks. It is only allowed with written permission by the park boards.

This rule prohibits drones from any Metro Park in Butler County.

Without written permission from the Executive director, the township ordinance prohibits drones from any park or facility it owns.

Cleveland, which lies on Lake Erie’s shores, is a popular tourist spot due to its many attractions. The Rock and Roll Hall of Fame and Warehouse district, which houses some of the city’s historic architecture, are two of the most visited attractions.

Cleveland is a popular area, with many tourists visiting it daily. You will get the most amazing views from a drone. It is important to observe the 400-foot limit when flying drones over this area.

Cincinnati is one the most populated cities in Ohio, with many cultural institutions scattered throughout the city. Each month, it is visited by over 100,000 people. Every summer, Fountain Square is a popular spot for people to gather and enjoy the many attractions in the vicinity. You will love taking photos with your drone over Krohn Conservatory’s beautiful gardens.

You will find a wide range of animals at the Toledo Zoo, which is the highlight of your Toledo trip. If you’re visiting Toledo with your drone during the spring or summer, the Toledo Botanical Gardens is a better choice. Here you can see beautiful displays of color and flowers.

Sandusky, a popular tourist destination, extends along the shores of Lake Erie for 6 miles. There are many leisure options on the Kelleys Island beaches, which attract many tourists in summer.

This area is a wonderful place to fly your drone. You will get some great aerial shots that will allow you to capture many events at once. To avoid accidents, it is best to keep your drone clear of densely populated areas like beaches.

Canton, located in the heart of Amish County, is home to the William McKinley Presidential Library & Museum. Canton also houses the McKinley Monument and the Pro Football Hall of Fame.

You can also capture many attractions in downtown Canton with your drone. Canton is a small, unpopulated area, so flying your drone there will not pose a danger. Enjoy a cool breeze while you capture the best shots from high up. 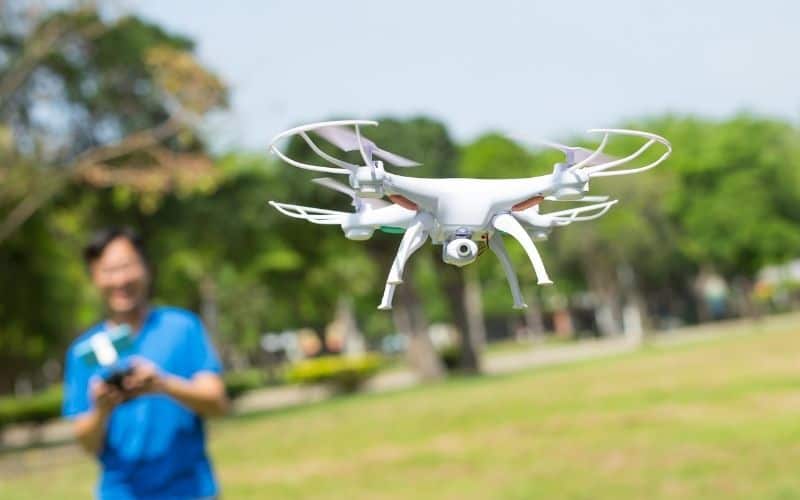 What is the highest you can fly a drone in Ohio?

The new regulations allow the commercial and personal flight of drones less than 55 lbs. during daylight. They can be operated within the visual line-of-sight (not using a drone’s camera to meet this requirement). There is a maximum speed of 100 mph and a maximum altitude of 400 feet above the ground. Read this guide to know What Happens if you Fly a Drone above 400 feet?

Do you have to register your drone in Ohio?

Yes. Ohio drone regulations require you to register your drone with FAA before your plane can fly.

Now you have all the information necessary to fly your drone safely in Ohio. Would you please share this information with anyone you think might be interested?