Drones are increasingly becoming a staple in society and have a wide range of applications. One question that many people have is how high can a drone fly?

Difference Between Height Limit And Range

While it is relatively simple to increase the range of a drone, as demonstrated in this article, the same cannot be said for altitude constraints; as the air gets thinner, there are technical limitations.

How High May A Drone Legally Fly? 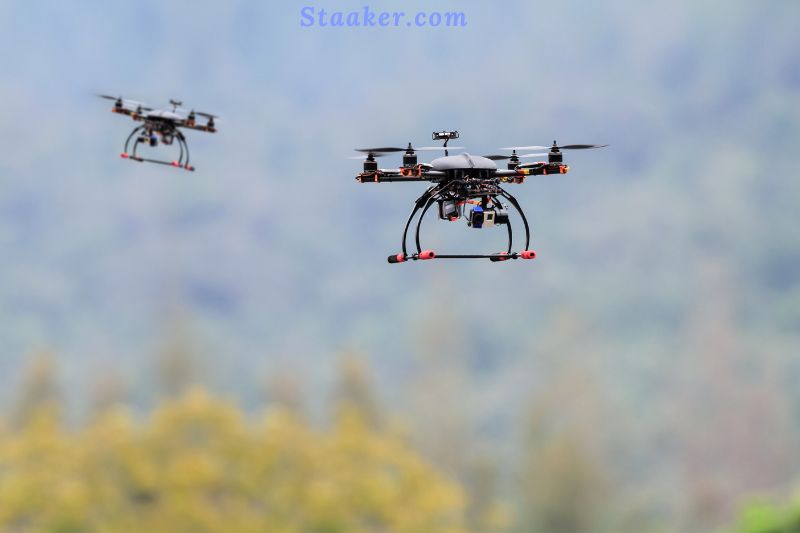 The legal constraints depend on the norms and rules of your region.

According to Popular Mechanics, regulation limits the maximum height in Europe to 500 feet.

In the United States, you will be subject to significantly harsher restrictions, with a maximum altitude limit of 400 feet.

Remember that these are the optimal heights relative to your departure altitude, not sea level. In addition, the Federal Aviation Administration (FAA) only permits users to operate a drone within VLOS (Visual Line Of Sight).

However, you can petition the FAA and local authorities for a special license or exemption.

In case you lose a drone, see the guide to see some tips that can help you find it: How to Find a Lost Drone Without a Tracker?

How Far Can A Drone Physically Fly?

The maximum height a drone can fly is 10 kilometers (33,000 feet), as demonstrated by both military drones and explorers’ YouTube videos.

Rotating-rotor drones have a physical range limitation of approximately 10 kilometers (33.000ft). This is because as altitude increases, the air becomes thinner, and there is very little force capable of holding its mass in the atmosphere (pushing the rotor blades). However, this is a dangerous hobby, and you should only fly within the height restrictions allowed by law in your area.

The maximum altitude for most drones should not exceed 400 feet, which applies to recreational and commercial drone pilots.

The altitude of a drone cannot exceed 400 feet above the ground unless it is flown inside a 400-foot perimeter of an object and does not remain airborne more than 400 feet over the structure’s immediate uppermost limit.

The rule’s language immediately implies an exception: You are permitted to fly a drone above 400 feet if flying near a (likely) enormous structure. As it does not define object or specify where the 400-foot limit should be measured, there is still considerable ambiguity.

How Do You Remain Within The 400-Foot Limit?

You must comply with FAA regulations and keep your uncrewed aircraft below 400 feet in altitude.

We propose setting an altitude restriction of 390 feet to ensure that the drone remains within operational limits.

Thankfully, DJI Go 4 permits you to specify a maximum altitude for all DJI drones. 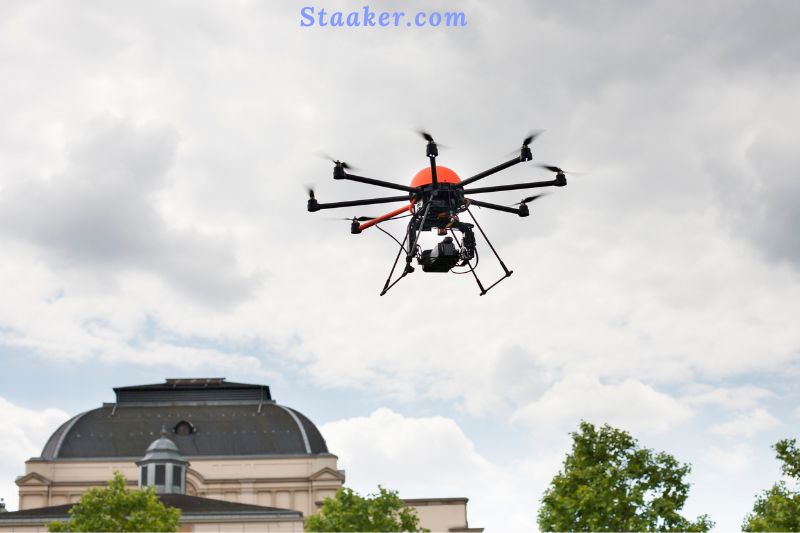 To choose an altitude restriction, you must:

Remember that the units of measure are meters. It is recommended that a flight height limit of 118 meters (390 feet) be established. If you are flying from a tall building, you can alter this restriction anytime.

What Are The Ramifications Of Flying Above 400 Feet?

Drones are often forbidden from operating in airspace, avoiding populated centers, flying at night, and using below a 400-foot ceiling height.

Due to apparent exceptions and non-compliance, the height restriction for aircraft missions remains a highly ambiguous regulation. As a result, several drone manufacturers have begun installing application restrictions preventing their drones from reaching more than 400 feet altitudes.

Are there distinct regulations governing recreational and commercial use?

Recreational drones are prohibited from flying in restricted airspace and are restricted to flying below 400 feet in uncontrolled airspace.

Although there is still a way to request permission to fly in uncontrolled airspace, the 400-foot rule has not been altered, and no exemption is permitted. Similarly, recreational drone pilots are not excluded from the 400-foot rule. 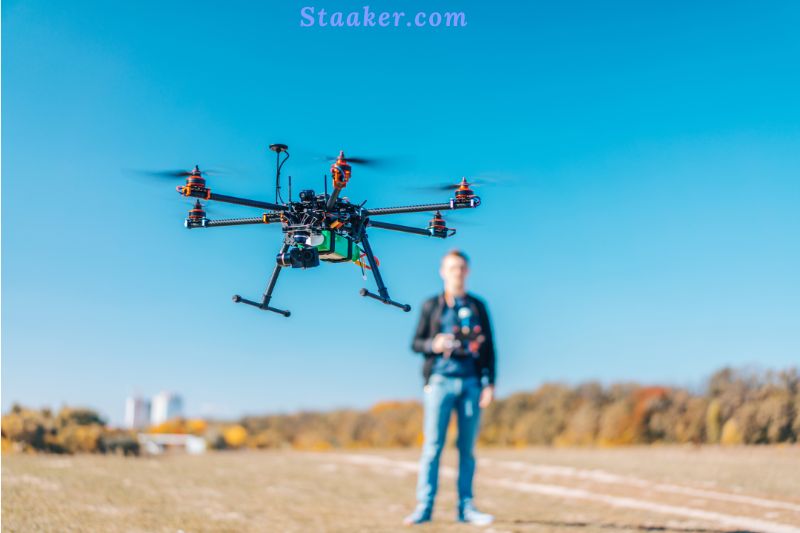 The same restriction applies to commercial drones licensed under Part 107, with one crucial exception: pilots are permitted to fly their drone beyond 400 feet while they are within 400 feet of a structure, according to the law.

Pilots of commercial drones can now conduct inspections of telephone cables, towers, and industrial gear due to an exception. Additionally, it is argued that drones can still fly around these big structures, allowing them to travel at higher altitudes.

Certified drone pilots are also expected to be able to handle such circumstances.

Should You Be Flying Above 400 Feet?

All this discussion begs the question: is there a compelling reason for flying over the 400-foot limitation? Should you fly drones professionally, you will find several drone projects that will ask that you change the default elevation limit in your drone.

You may be commissioned to shoot aerial photos of a tower or even inspect the bottom of a bridge. In both these instances, you are flying in proximity of construction which puts you crystal clear regarding legal limitations and airspace security criteria.

How about amateur drone slopes? With no related exceptions, they appear to be getting the short end of the pole regarding elevation constraints. On the other hand, the capability to go beyond the 400-foot limit inside the proximity is one of those rights the FAA grants to Part 107-licensed drone pilots if they require the exclusion to provide their drone flight support.

On the flip side, recreational drone pilots probably don’t have any business flying about industrial equipment or communications systems, particularly if they don’t have any consent from the owners or operators of the vital pieces of infrastructure.

In the end, the 400-foot elevation limitation was set in place in the interest of airspace security. The airspace past 400 feet is enormous, and the odds of running into a different aircraft are astronomically low.

Still, the possible consequence of a drone flying right into a human-crewed aircraft could be catastrophic. We are confident that no drone pilot might wish to be the origin of a catastrophe at that scale. 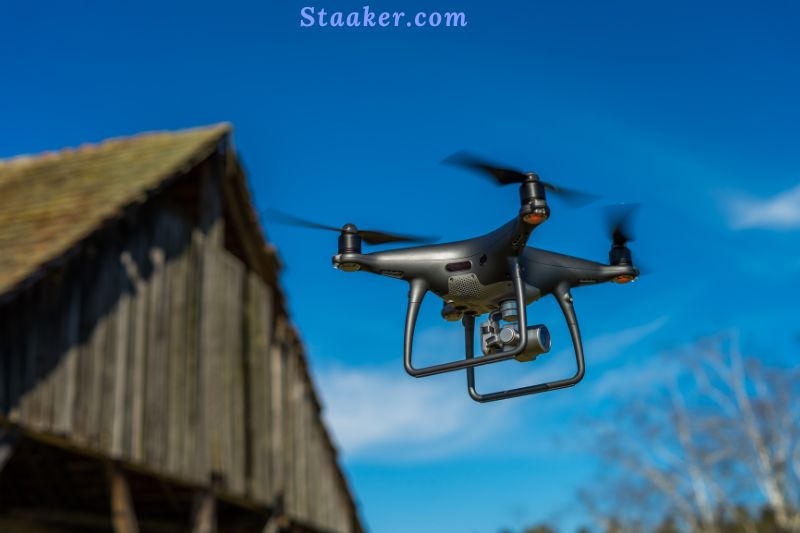 The maximum altitude at which an airplane can maintain range flying is known as the absolute ceiling. At this altitude, the strength of the engines is equivalent to the full force of gravity; consequently, the drone ceases to ascend.

Also considered as a takeoff height maximum. This is the maximum altitude at which drones can continue to fly at 100 feet per minute.

If the drone’s maximum distance (signal-wise) is smaller than its flying capabilities, its height and width ranges will be identical.

Maybe you need to see this guide: How Much Weight Can The Drone Carry

FAQ: How High Can a Drone Fly

How high may a drone legally fly?

Legally, a drone can fly 400 meters in altitude.

What is a drone’s maximum altitude?

What altitude can a DJI drone reach? 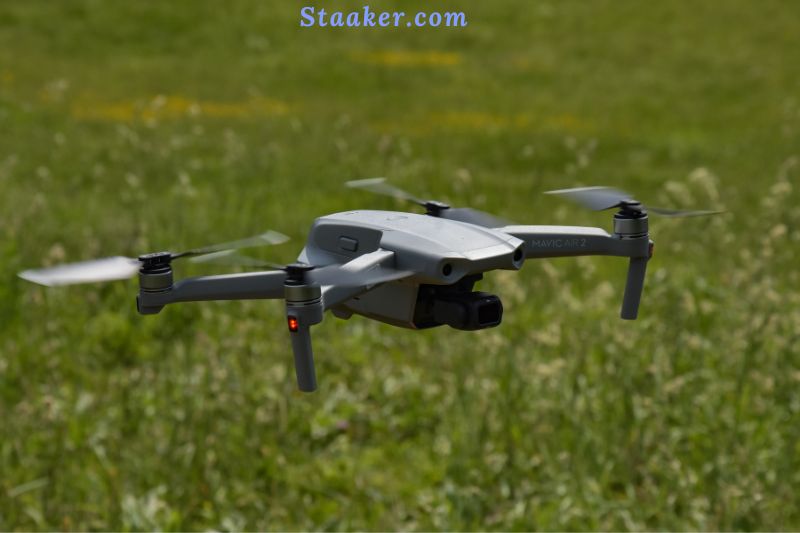 What is the maximum height at which a drone can fly?

The maximum altitude for drones can reach is 10 kilometers (33,000 feet), as demonstrated by both military drones and YouTube footage of daredevils flying within a few kilometers of this altitude.

Yes, drones can fly well above 3000 feet. However, for safety reasons, most consumer drones are limited to flying below 1600 feet.

Sometimes, the top limit of available drones might exceed several kilometers, much above 3000 meters. 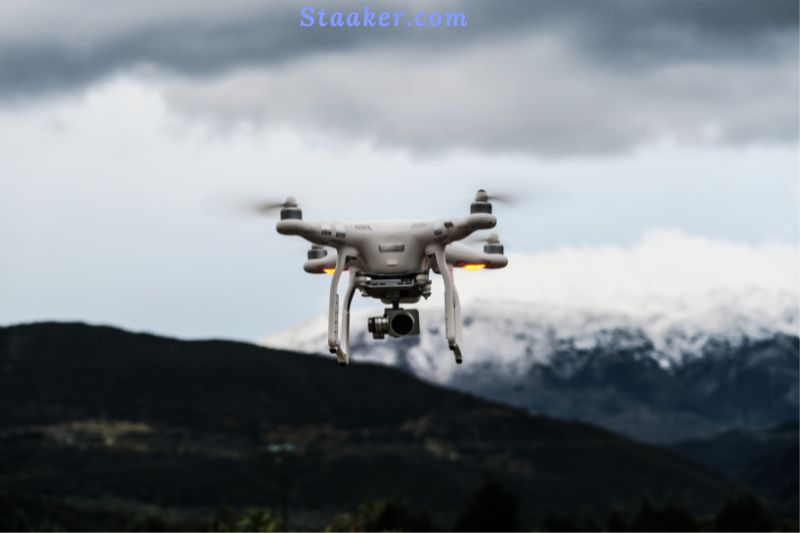 What altitudes can military drones reach?

Military drones may fly at extremely high altitudes, allowing them to avoid detection by radars.

According to Wikipedia, the following are some of the highest-flying military drones.

Drones can fly relatively high, depending on the model and type of drone. Some drones can fly as high as 10 000 feet, while others may only be able to fly a few hundred feet. So, it depends on the drone.

If you have any questions, please comment below. Staaker.com will try to answer as soon as possible.