When it comes to flying drones, there are a lot of options out there. But if you’re looking for a drone that will give you the best possible experience, you need to compare the Dji Mavic 3 Vs Phantom 4 Pro.

These are two of the most popular drones on the market, and they both have unique features that make them worth considering. So, which one is the better option for you?

If you don’t want to read the remainder of this post, the Mavic 3 is the superior drone, which shouldn’t surprise anyone. It’s a smaller, lighter drone with a dual-camera system, extended flying time, increased transmission range, and improved obstacle avoidance.

The Mavic 3’s supremacy comes at a high cost, which you should consider before purchasing one of these drones. 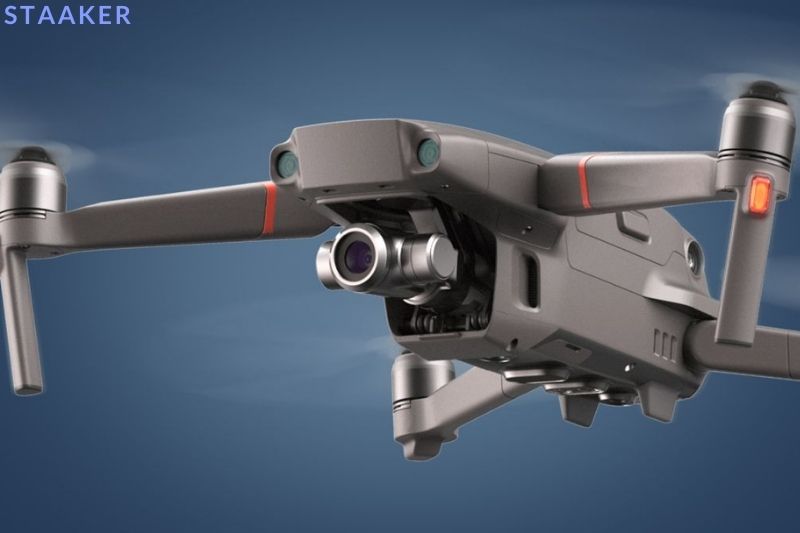 Because many individuals buy consumer drones like the Phantom 4 Pro or the Mavic 3 for business purposes or to make money in other ways. You’ll almost certainly need to register the drone with the government department that controls aviation flying rules and regulations.

This is most likely the case in the United States and the United Kingdom. You will be needed to register your drone and take an exam to receive a certificate allowing you to conduct commercial flight operations.

The FAA oversees this in the United States, known as the Part 107 remote pilot certificate. It’s a 2-hour multiple-choice exam that requires a 70% score to pass.

In the United Kingdom, you’ll need to get a Flyer & Operator ID, and the Flyer ID will require drone pilots to pass an online exam. If you think your drone operations will involve flying close to humans, you’ll need to get the General Visual Line of Sight certificate (GVC).

The Mavic 3 is the first folding drone to include an MFT sensor, a significant improvement over the Mavic 2 Pro and other consumer drones.

The camera was developed in collaboration with Hasselblad, a famed Swiss camera manufacturer, and includes their breakthrough natural color solution technology for improved color accuracy in every shot.

Thanks to its big image sensor, the camera can shoot 20MP photographs in 12-bit RAW for real HDR images. This camera also performs well in all lighting settings thanks to hyperlight, adjustable aperture, and an extensive ISO range.

The camera has numerous features that allow even inexperienced photographers to create stunning shots. One of these is the Smartphoto mode, which optimizes photographs with HDR automatically without any modification.

The Mavic 3 has only two color options for recording in 10-bit D-log and everyday, unlike the Phantom 4 Pro. Normal looks unique without any post-processing, but expert videographers will like the 10-bit D-log option.

The secondary camera includes a 1/2-CMOS sensor, a 162-mm lens, a fixed f/4.4 aperture, and a 15-degree field of view. It sports a 28-megapixel hybrid digital/optical zoom lens that allows users to scout and explore.

The drone comes with 8GB of onboard storage and a memory card slot that can hold up to 1TB of data.

The Phantom 4 Pro V2 has a perfect camera with a 1-inch CMOS sensor and a mechanical shutter, yet it lacks the functionality of the Mavic 3. 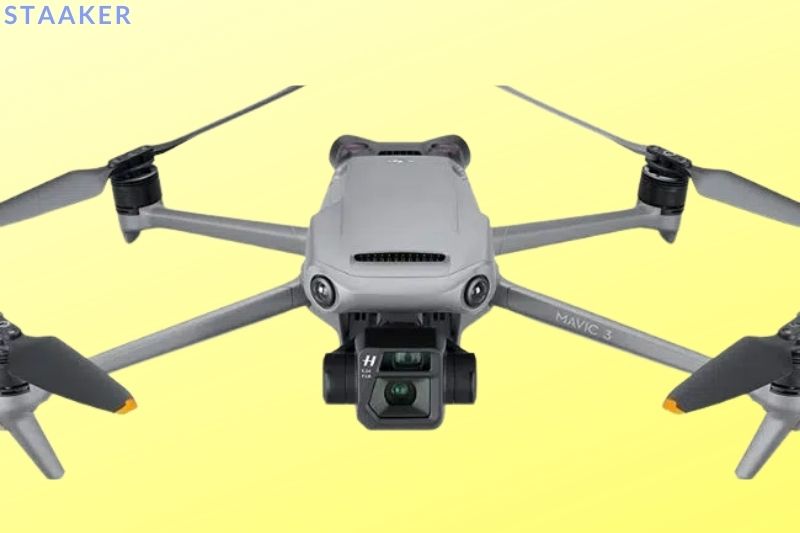 By decreasing the wobbling effect, a mechanical shutter aids in the acquisition of better photos of fast-moving objects.

It also has an aperture that can be adjusted and a high ISO range for better photographs with less noise in low-light situations.

The camera includes numerous photographic modes, including single, burst at 14 fps, and AEB, and can take 20MP photographs in JPEG and RAW. Users will be able to snap photos while recording videos, thanks to the PIV feature.

Users can capture HDR films in the D-log or D-Cinelike color profiles and a few more alternatives that don’t require post-processing.

The Phantom 4 Pro, unlike the Mavic 3, does not have any internal memory. However, it includes a memory card slot that can accommodate up to 128GB of class 10 or higher cards.

The Mavic 3 has a better camera; its dual-camera system and Hasselblad-engineered camera lenses and image sensors give improved characteristics, particularly when it comes to capturing accurate color details.

However, for those looking for a less expensive high-quality drone for photography, the Phantom 4 Pro V2 is still a terrific option.

I’ve always favored the Mavic family of drones’ tiny foldable form when it comes to the overall design.

Despite being a superior drone to the Phantom 4 Pro, the Mavic is significantly smaller and lighter. Despite having a dual-camera system, the Mavic 3 is more delicate than its predecessor, the Mavic 2 Pro, which is outstanding engineering work from DJI.

The Mavic 3, like all foldable drones, is ideal for travel because of its tiny size and foldable structure, which allows it to be packed away without taking up too much room.

The drone contains LED flying indications beneath each rotor arm and an omnidirectional sensing system with 10 sensors spread across the front, back, top, both sides, and bottom.

If the lighting conditions are insufficient, there is also an auxiliary LED light on the bottom to assist the drone in landing securely.

It’s powered by an intelligent battery in the back that features LED lights that display the battery’s charge level. Its smart technology ensures that the battery is always in good condition.

The Phantom 4 Pro V2 is identical to its predecessor and retains its distinctive architecture like the other Phantom drones.

It’s a huge drone that weighs just over 1.3kg, which isn’t very hefty, but when compared to the Mavic 3, the weight difference is significant and could be a deciding factor if you want a more travel-friendly drone.

Although its size and weight may provide it an advantage in less than ideal weather circumstances.

It incorporates LED lights underneath each rotor that display flight status and aid in debugging any problems with the drone.

The drone is fueled by a 4S lithium-polymer battery housed in the back, giving it about 30 minutes of flight time.

Both controllers feature DJI’s superior OcuSync transmission technology. However, the Mavic 3 controller uses the latest 3.0 version, which provides a much longer transmission range of 15 kilometers than the Phantom 4 Pro’s 10 kilometers.

The Mavic 3 has four flight modes: positional, sports, and tripod (or cinematic). Positional mode is the default mode, and it supports all of the capabilities. The tripod or cinematic mode is comparable to the default mode but with a decreased speed of over 2 mph.

The controls are more responsive in sports mode, and the drone can achieve a top speed of 42 mph; however, the obstacle avoidance technology is disabled, so you’ll need to be more mindful of your surroundings.

The drone enters altitude hold mode if it cannot connect to a GNSS system and its vision sensor is deactivated; however, because the Mavic 3 can connect to three satellite systems, this rarely happens unless you desire to fly in this mode.

The Phantom 4 Pro V2 has a positioning mode and a sports mode but no tripod or cinematic mode. If the GPS is turned off and the vision sensors are turned off, it goes into altitude hold mode. 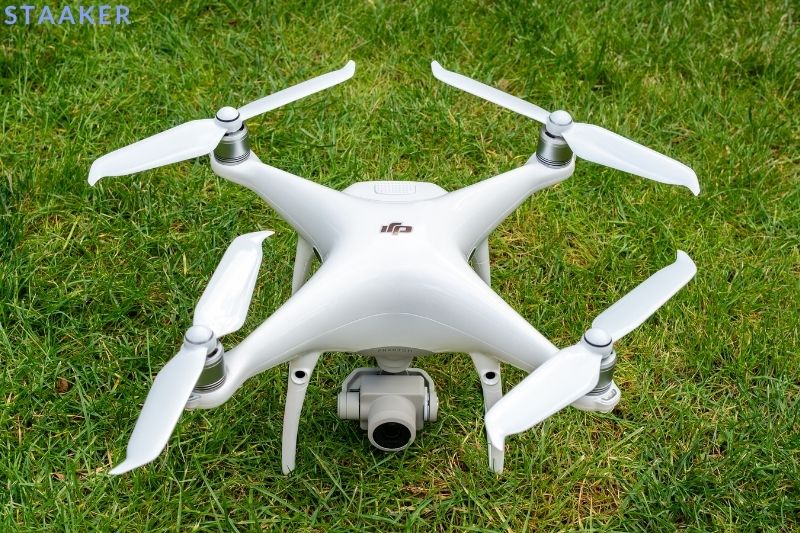 Intelligent flight modes such as active track, point of interest, and waypoint are available on both drones. The Mavic has some additional intelligence capabilities, such as the hyper-lapse feature, which allows users to produce time-lapse recordings using four different flight modes, three of which are fully autonomous.

Both drones have a GPS-assisted automated return to home capability. Still, the Mavic 3 has a more advanced version, in which the AI processor determines the most efficient and safe path back to the home point, saving battery life and reducing the chance of crashing.

Both drones have excellent flight performance, thanks to their innovative flight technology. They are simple to handle and work well, even in windy situations.

Overall, both drones impress and perform admirably in all critical categories.

While most people will buy these drones for photography or filmmaking, they can also be used for other purposes. Both the Mavic 3 and Phantom 4 Pro may be used for photogrammetry, inspection, surveillance, and even as a tool in emergency response for search and rescue missions, thanks to their high-quality cameras and autonomous flight modes.

Which Of These Is Right For You?

While both are beautiful drones capable of generating professional-grade images and videos, the Mavic is the ideal drone for aerial filmmaking due to its outstanding MFT Hasselblad camera, ability to record Apple ProRes, and the multitude of innovative capabilities, and extended flight time.

Is it possible to fly the Phantom 4 Pro in the rain?

High winds and rain are no problem for the DJI Phantom 4 Pro V2. 0. As you can see in these videos, when a Phantom was utilized to capture racing sailboats, the motors were powerful enough to fly confidently in heavy wind situations. Although the drone is not officially waterproof, it can resist some rain.

Is it possible to fly the Mavic 3 in the rain?

The Mavic 3, like every other DJI drone, is not waterproof, and flying it in the rain is not recommended. DJI also advises against flying in high humidity or foggy conditions since precipitation could cause a short circuit, rendering the drone inoperative and leading it to crash. 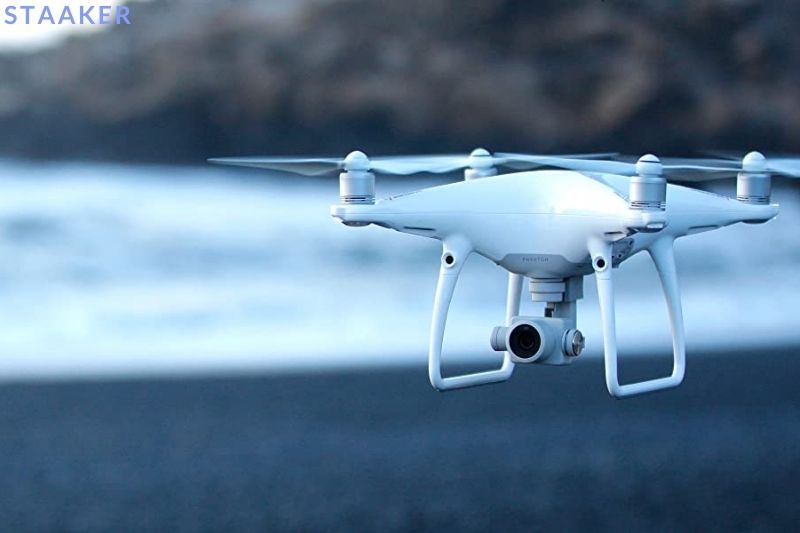 Is the Mavic 3 capable of recording audio?

Because the Mavic 3 has a built-in microphone, it cannot record audio. You may, however, attach a wireless external microphone to it and record audio. However, the mic will primarily catch propeller wash and wind noise.

Overall, the Dji Mavic 3 seems to be a better drone than the Phantom 4 Pro. The Mavic 3 has a longer range, better image quality, and more accessible controls.

If you are looking for a high-quality drone that is easy to use, the Mavic 3 is a great option. Thank you for reading the article at Staaker.com. If you have any questions? Please feel free to ask in the comments below.