When it comes to consumer drones, a few different brands come to mind. Two of the most popular brands on the market are Dji and Autel.

Both brands offer various models to choose from, but two of the most popular models are the Mavic 3 and the Evo 2. So, which one is the better drone? Let’s look at some of the key differences between the two models: Dji Mavic 3 vs Autel Evo 2 to find out.

The Autel Robotics Evo 2 and DJI Mavic 3 will be the next significant drones to hit the market. These drones will improve the present models, which have wowed customers with their quality and capabilities.

Every year, around this time, excitement builds as hundreds of companies debut tech-related items, including, most notably, drone technology. We expect to see the Autel Robotics Evo 2 and the DJI Mavic 3 at CES. We’re looking forward to seeing these two drones go head to head with incredible specs like an 8K camera and the ADS-B sensor expected on the DJI Mavic 3.

We expect drone prices to rise due to the improved cameras, which will necessitate more power to keep them running. The Autel Evo 2 is expected to cost around $1,200, while the DJI Mavic 3 will cost about $1,800 to $1,900. These are simply estimations. 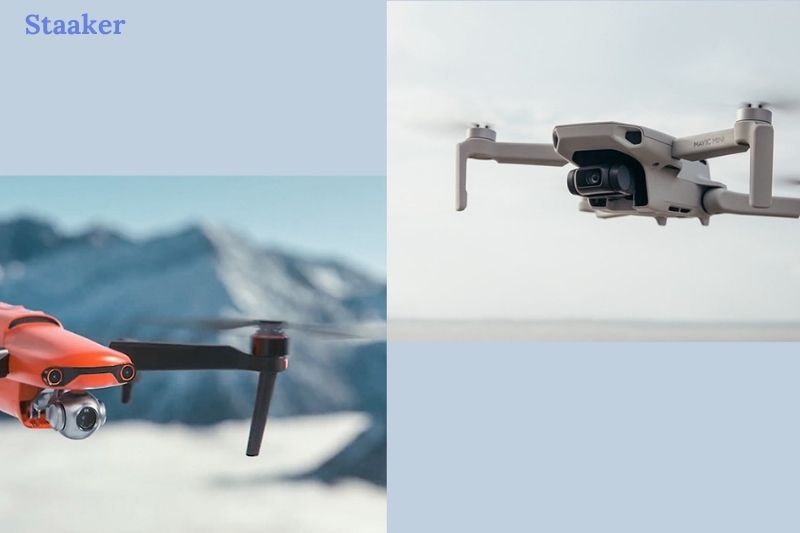 The Autel Evo 2 is a lightweight, versatile system that allows pilots to carry several camera payloads for photography videography to photogrammetry. Furthermore, the 40-minute flight time is significantly less than the industry standard of 20-25 minutes. This drone has the potential to solve a wide range of issues.

You might not need to acquire a lot of different drones to address minor nuanced problems. Because DJI has separated other drone jobs into multiple drones, I believe Autel might significantly impact the industry.

Consider the differences between the DJI Mavic 2 Enterprise and the DJI Mavic 2 Pro. Don’t you think having a built-in strobe on a DJI Mavic 2 Pro would be handy for those twilight shots? Well, I believe Autel Robotics has realized this. Let us deliver to the customer precisely what they want in their chosen format. And maybe they will purchase our stuff in large quantities.

The Autel Evo 2 with its 48-megapixel sensor, on the other hand, could be a mapping powerhouse. I have yet to map with this drone, but we will be publishing our findings soon.

I find it fascinating that fewer drone manufacturers produce global shutter cameras. However, it also demonstrates a complete lack of knowledge of drone mapping as a company.

As a business, mapping necessitates volume – that means you’re mapping all the time. So, can you map with a linear rolling shutter camera or an LRS camera? Yes, but not on a large scale. It takes four times as long to fly the same mission as it does to process the data. So, if you’re doing maps every day, that will not work.

Can you picture the quality of maps that a Evo 2 with a 48-megapixel camera and an EO global sensor could produce? Imagine being able to solve difficulties swiftly and effortlessly.

Drones save money for businesses in the United States and around the world. Still, they also make them easier to use, more compact and travel with, which increases overall efficiency advantages. For first responders, a Evo 2 with a thermal camera and a dual payload like the one indicated would be unstoppable. 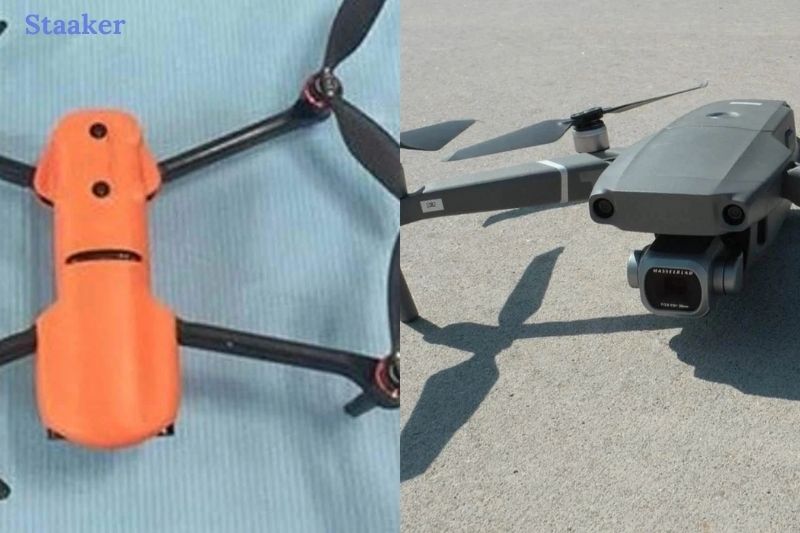 The DJI Mavic 3 could include a beacon-like gadget built into the watch that allows users to capture themselves. As our culture has become more inwardly focused on themselves and how they feel due to social media, many people are flocking to the hiking trails and mountains to display their love, passion, and how they enter a flow state to alleviate stress in their lives.

On the other hand, DJI recognizes the importance of ensuring that customers have a positive impression of their product.

With a watch-like beacon, a growing number of people could go hiking, bicycling, surfing, wakeboarding, or anything they wanted to do alone and video it. That’s fine if you’re like me and watch the board sports market, which most of you probably don’t.

Because competing drones with obstacle-avoidance-based flight control algorithms will struggle to fly low, near, and fast over the water, I feel the DJI Mavic 3 could be a potential powerhouse for those in the action sports business.

So, Which Is The Better Option?

As Haye from DroneDJ and I predicted earlier this year, DJI shot themselves in the foot, and America’s tariffs allowed the door to open even more comprehensively.

American drone manufacturers and companies that manufacture outside of China now have a competitive advantage and a way to reclaim market share – which is difficult when you’re up against a company that receives government subsidiaries and employs more engineers than our national laboratories.

With that stated, the DJI Mavic 3 and Autel 2 could be game-changers in the industry. The Skydio 2 has already shown us a completely new method to fly a drone with VO systems without GPS. This is putting our knowledge and ability to operate drones to the test.

The Autel Evo 2 includes a control interface that we’re all familiar with as drone pilots; it’s comparable to DJIs, so anyone can quickly learn how to use it. I’m looking forward to the Evo 2, Skydio 2, and DJI Mavic 3.

My eyes are now focused on the Evo 2 with the Skydio 2 close behind as the drone that could solve the most problems, save the most lives, and provide the industry with more growth and expansion.

Why? Because, in most industries, growth is driven by economies of scale and increased efficiency or productivity. And I feel that the Evo 2 and Skydio 2 together make a compelling case for this position.

Are there any flight limitations on the Autel Evo 2?

Autel drones have long been advertised as having no geofence restrictions. However, the drone maker is upping the ante on airspace safety in the United States by implementing a mandatory No-Fly Zone database.

What is the maximum weight capacity of the Autel Evo 2?

It can support 150 pounds. A: No, and it’s one of the main reasons people switch from DJI to Autel, significantly since their Evo 2 delayed the release of the DJI Mavic 3. 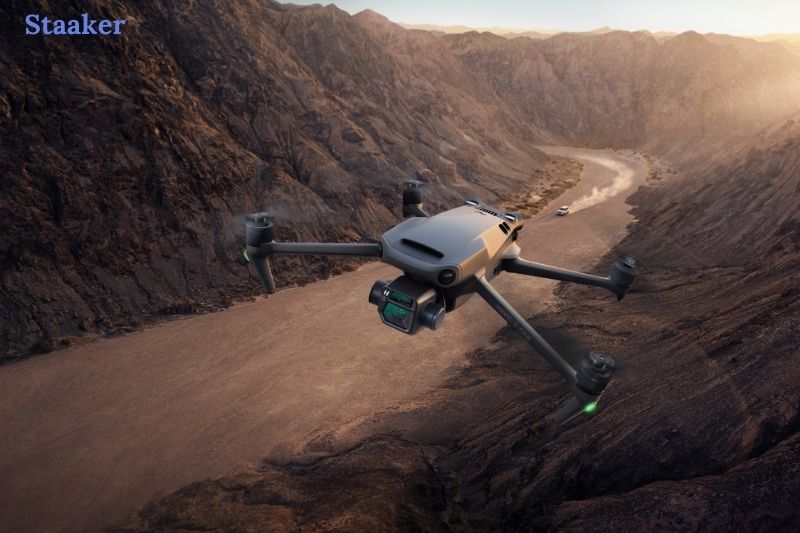 Is the Mavic 3 a water-resistant drone?

The Mavic 3, like every other DJI drone, is not waterproof, and flying it in the rain is not recommended. DJI also advises against flying in high humidity or foggy conditions since precipitation could cause a short circuit, rendering the drone inoperative and leading it to crash.

How far can the Mavic 3 travel?

Overall, the Dji Mavic 3 is a better drone than the Autel Evo 2. The main reasons for this are the higher quality camera and the more advanced flight features. If you are looking for a high-quality consumer drone that offers many features, the DJI Mavic 3 is the model you should choose.

If you are looking for a basic consumer drone that is easy to use, the Autel Evo 2 is better. Staaker.com hopes this comparison has helped you decide which drone is suitable for you!